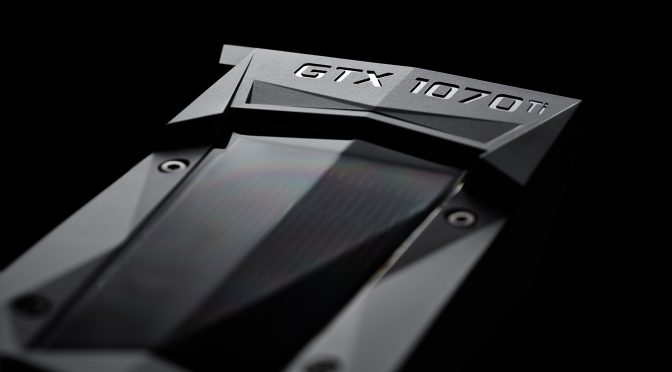 NVIDIA has just officially announced the GeForce GTX1070Ti. This graphics card will be priced at $449, and the green team has revealed the first official gaming benchmarks. According to the benchies, the GTX1070Ti is almost 2X faster than the GTX970 in three titles.

These three titles are: The Witcher 3, the latest Deus Ex game and Tomb Raider. Both Deus Ex: Mankind Divided and Tomb Raider were benchmarked under DX12. Therefore, this will give you an idea of its DX12 performance. 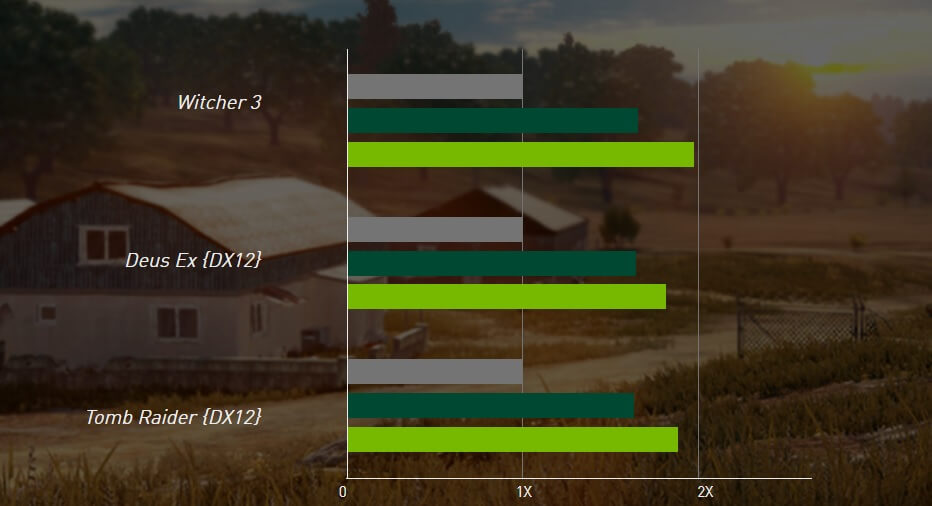 The NVIDIA GeForce GTX1070Ti uses the Pascal architecture and features 2432 CUDA cores. The card comes with 8GB of GDDR5, sports base clocks at 1607MHz and can boost its clocks by 1.4X.

The NVIDIA GeForce GTX1070Ti will require an 8-Pin power connector and has a maximum temperature of 94celcius. NVIDIA also recommends a 500W power supply for this graphics card.

The NVIDIA GeForce GTX1070Ti will be available for purchase on November 2nd!