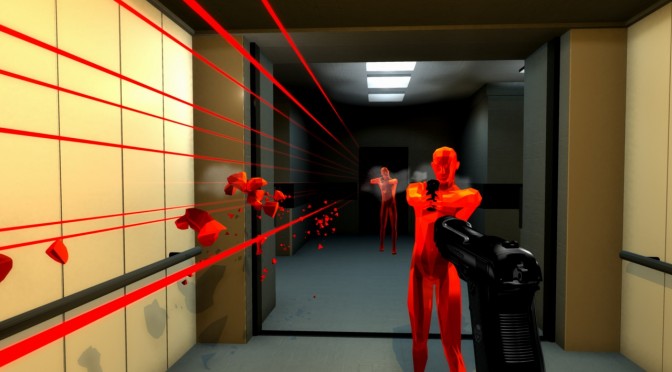 The SUPERHOT Team has just announced that its stylishly time-bending shooter, SUPERHOT, is coming to PC (Win/Mac/Linux) via retailers and digital distributors on February 25th. In order to celebrate this announcement, the team has also released a new trailer for SUPERHOT that can be viewed below.

“Blurring the lines between cautious strategy and unbridled mayhem, SUPERHOT is the FPS in which time moves only when you move.

No regenerating health bars. No conveniently placed ammo drops. It’s just you, outnumbered and outgunned, grabbing the weapons of fallen enemies to shoot, slice, and maneuver through a hurricane of slow-motion bullets.”