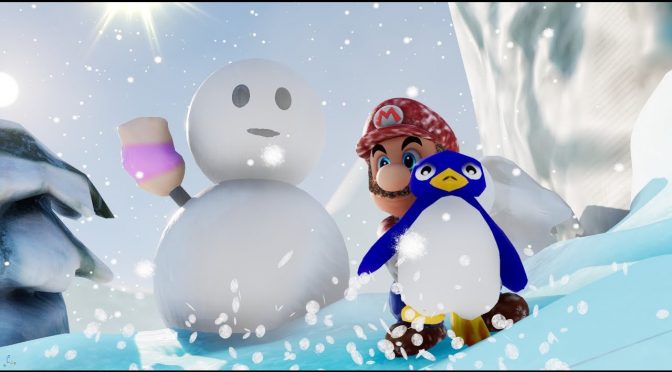 YouTube’s ‘CryZENx’ has released a brand new fan remake of Super Mario 64 in Unreal Engine 4. This time, CryZENx has recreated Cool Cool Mountain in Unreal Engine 4, and has made this remake available for download.

Now I know that some people don’t like CryZENx but let us tell you that this fella has managed to make the dream of playing a remake of Super Mario 64 come true for a lot of Mario fans. Yes, we are basically looking at small demos here but they are pretty cool and they feature the same gameplay mechanics that can be found in the original game.

Not only that, but his Zelda remakes are particularly impressive as they have updated the visuals of the classic Nintendo 64 Zelda games, while retaining all the gameplay features that most old-school fans enjoyed back in those days.

Furthermore, and contrary to other recreations, CryZENx has been constantly making his remakes available for download to pretty much everyone, without putting them behind paywalls.