Steam has just set a new record for concurrent players, as it surpassed over 31 million players that were simultaneously online. This comes only a month after Steam hit its 30 million concurrent player record. 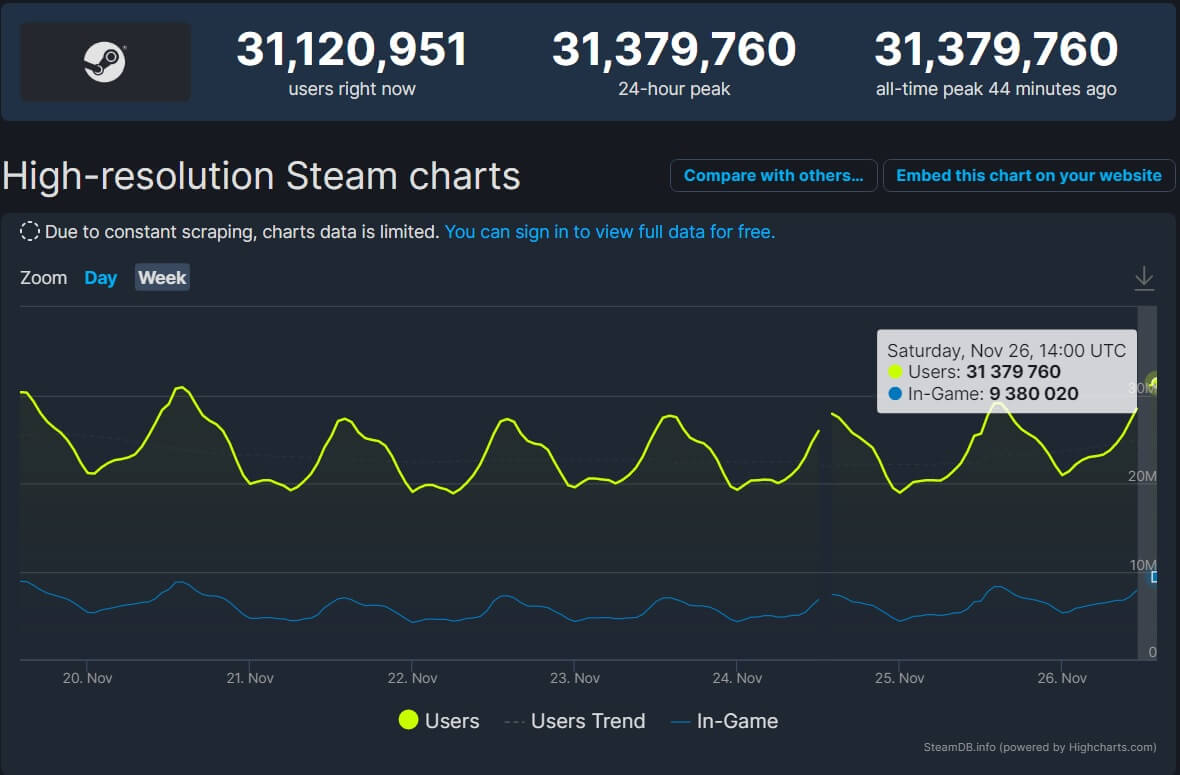 This new record shows how successful Steam really is. It may also explain why a lot of publishers that had their own stores have returned to Valve’s digital store. Microsoft and EA were among the first ones, followed by Activision and Ubisoft.

Let’s also take a look at the most played games when Steam set its new concurrent players record.

Counter-Strike: Global Offensive is at the top place, followed by Dota 2. PUBG Battlegrounds is in third place, followed by Call of Duty Modern Warfare 2/Warzone 2.0, Apex Legends and Lost Ark. Grand Theft Auto 5 is in seventh place, whereas Wallpaper Engine, NARAKA: BLADEPOINT and Team Fortress 2 are in eighth, ninth and tenth place, respectively. 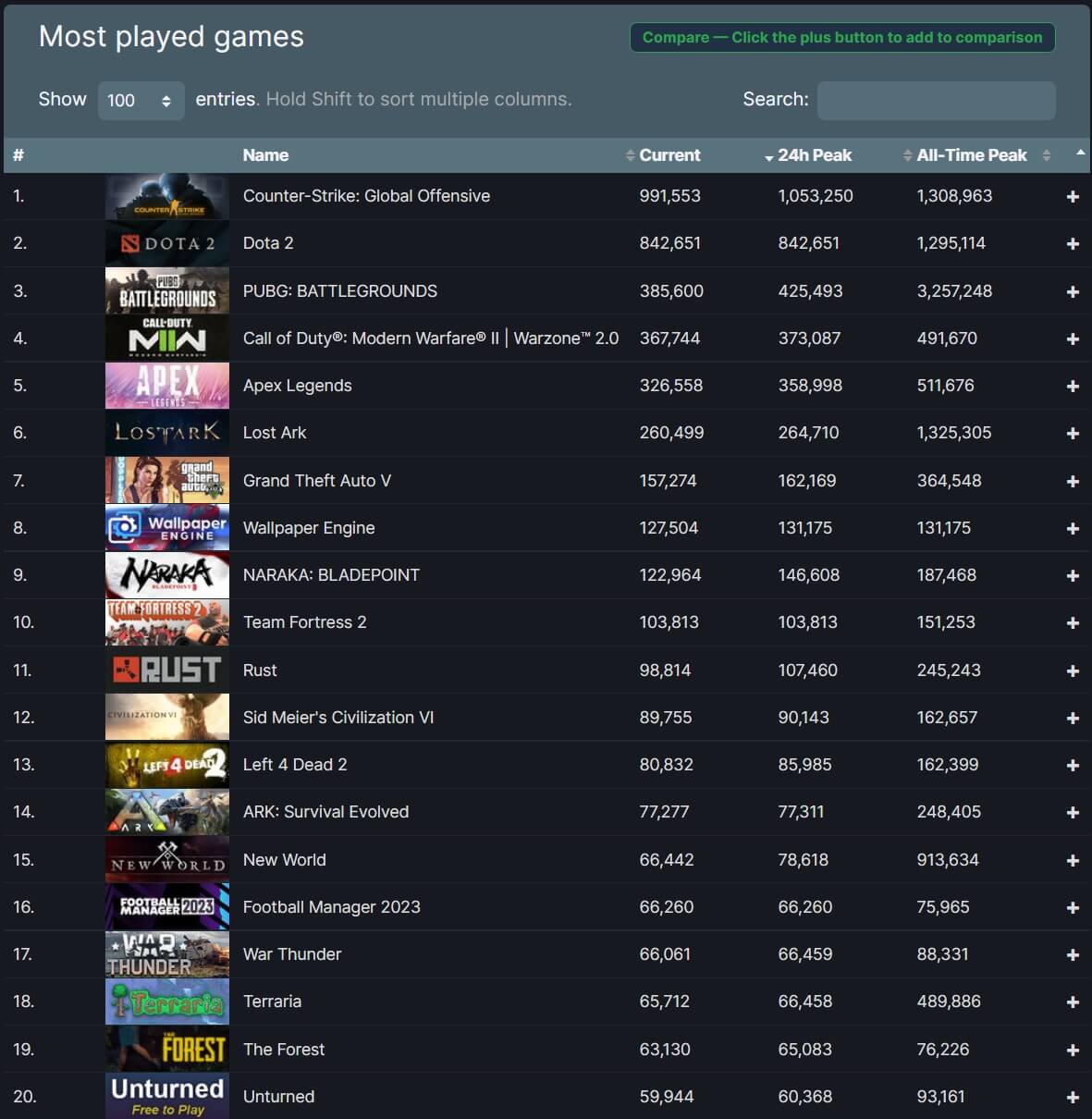