Steam has just set a new record for concurrent users. A few hours ago, there were over 18 million Steam users online at the same time (to be precise, there were 18,528,722 users). The previous 17 million milestone was set back in November 2017, and it took almost one and a half months in order to hit the 18 million goal. 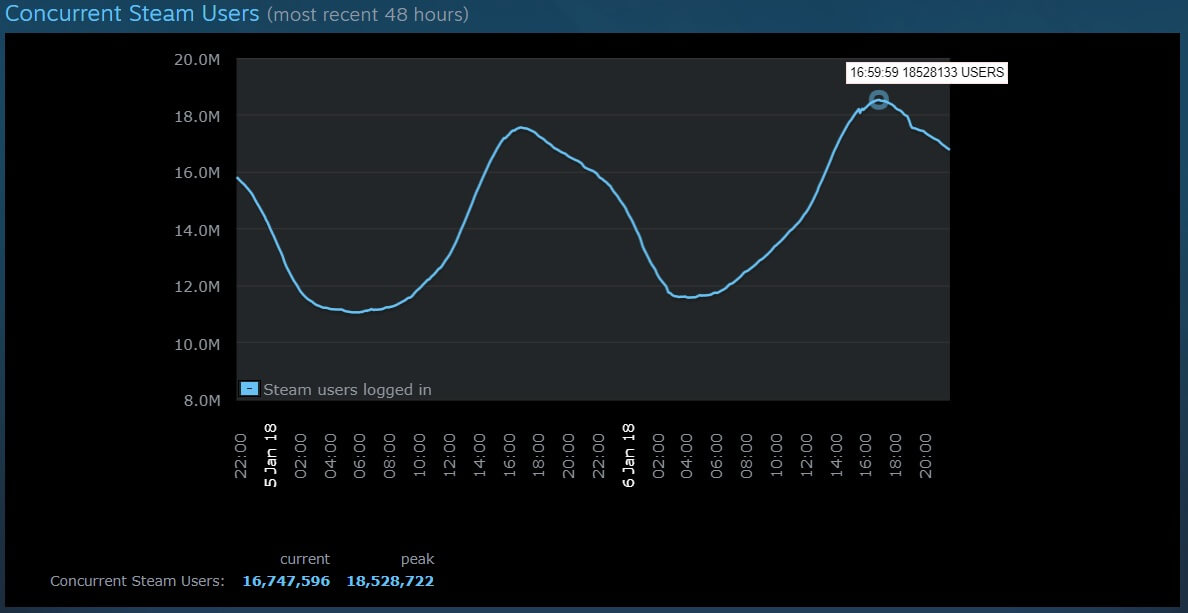 According to the graphs, PlayerUnknown’s Battlegrounds remains the top most played game with over 3 million concurrent players. Bluehole’s battle royale game is undoubtedly one of the biggest games of the PC in its history. In fact, the game nears Minecraft and it’s only a matter of time until it becomes the best selling PC game.

The second game with the most concurrent players was DOTA 2 780,061 players, followed by Counter-Strike: Global Offensive and Grand Theft Auto V. Rainbow Six Siege continues to impress with its healthy playerbase and is in fifth place, followed by ARK: Survival Evolved and Team Fortress 2. And in the last three places (for the Top 10 Steam games with the most concurrent players) we find Rust, Football Manager 2018 and Garry’s Mod. 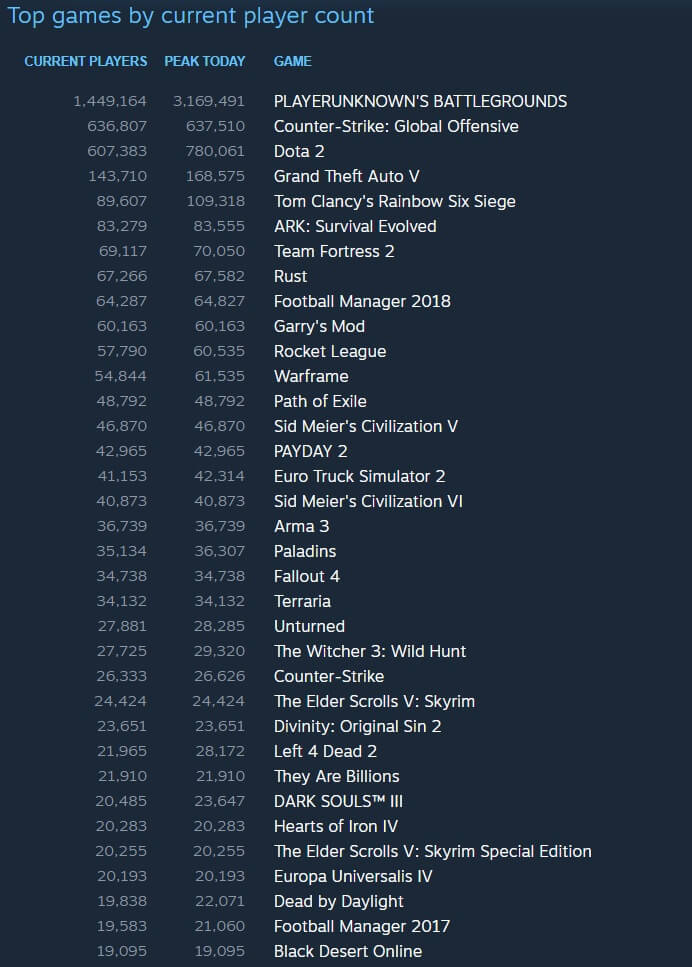