At Indigo 2017, Valve’s Alden Kroll shared some interesting stats about Steam. According to Alden, there are currently 33 million daily and 67 million monthly active users. In addition, and as we’ve already reported, Steam has already reached over 14 million concurrent users.

Furthermore, Alden claimed that there have been 26 million new purchasers since January 2016, meaning that the total number of purchasers has been increasing by about 1.5 million users per month. 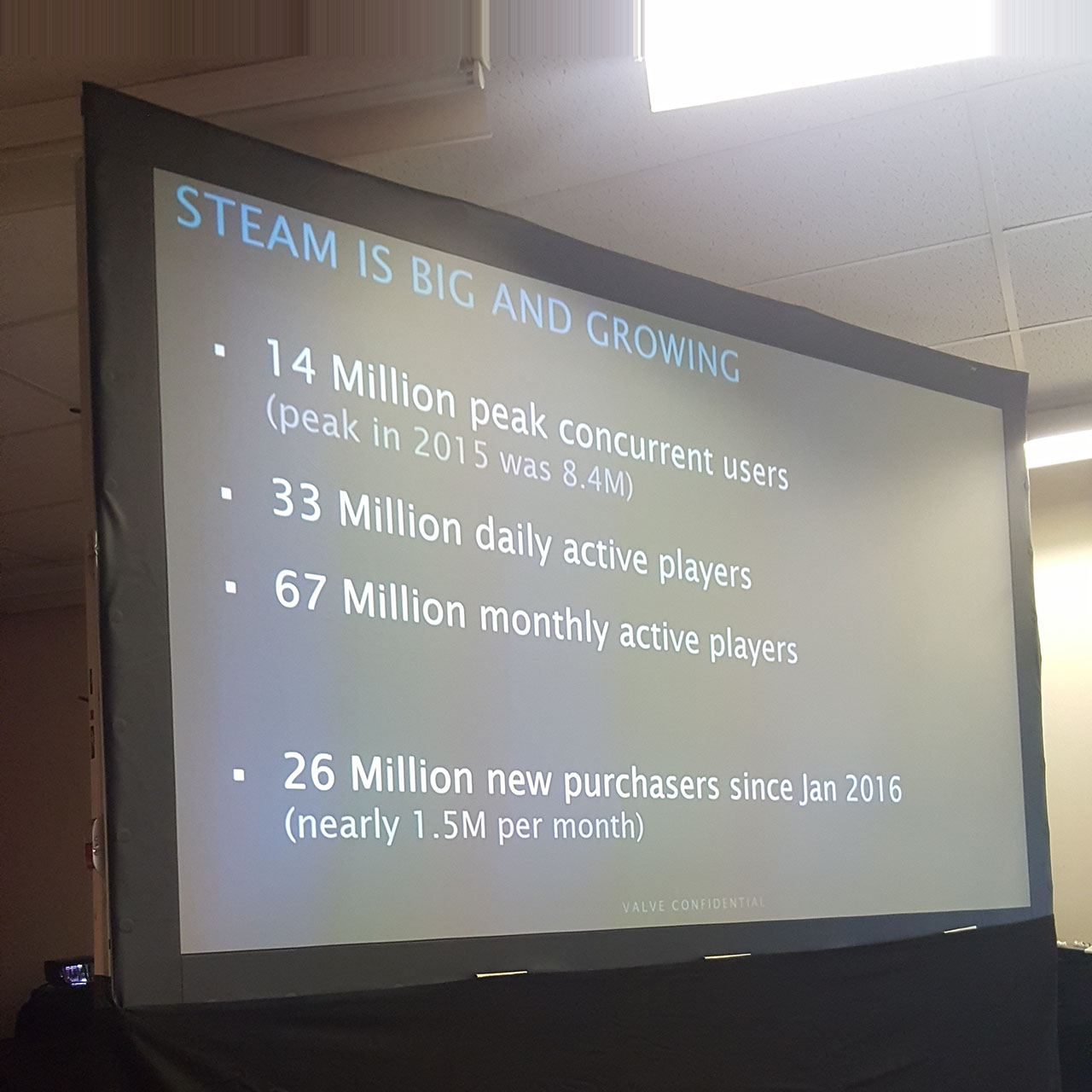 Overall, this shows why Steam is considered the most popular digital platform. This also shows how stupidly some publishers basically sabotage their own sales by not releasing their games on Steam (as they are obviously trying to promote their own digital services. We are looking at you Microsoft and EA).