Gal*Gun Returns is an ecchi rail-shooter. In this game, players will fight back with pheromones as girls throw themselves at them and try to find true love in less than a day.

Dark Dragonkin is an old-school RPG adventure in which the player alternates control a party of characters with unique abilities, guiding each of them one at a time to exit the level.

On the other hand, Richard Garfield’s Roguebook a roguelike deckbuilder with unique mechanics.

Lastly, Sands of Aura is an action RPG about a dark fantasy world covered in sand.

You can find all of the Steam Game Festival offers here. Below you can also find a screenshot, showcasing some of the free game demos. 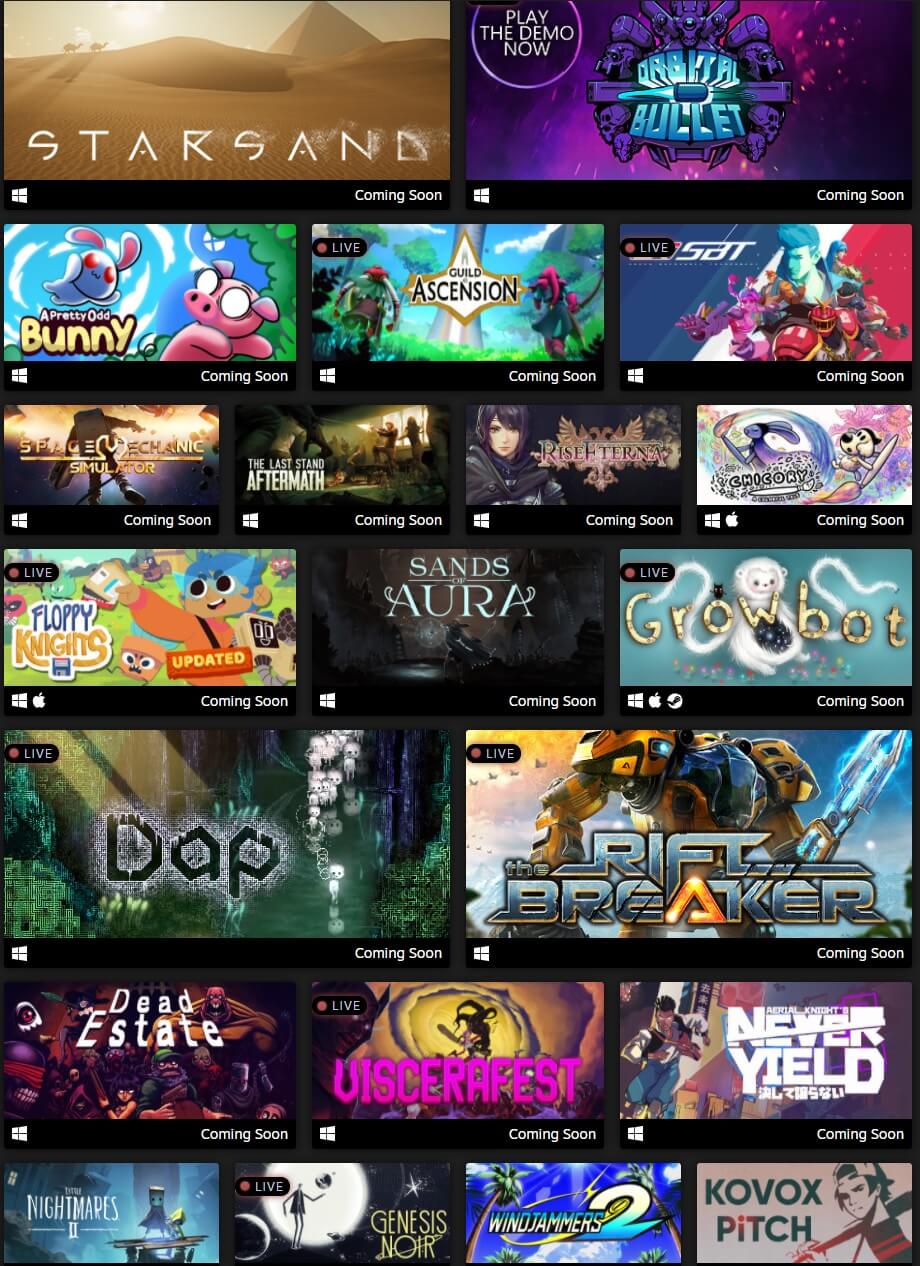