Steam has revealed its February 2017 hardware survey. According to it, AMD has managed to gain a little ground, however, NVIDIA and Intel are still dominating the PC market on the GPU and CPU side, respectively. 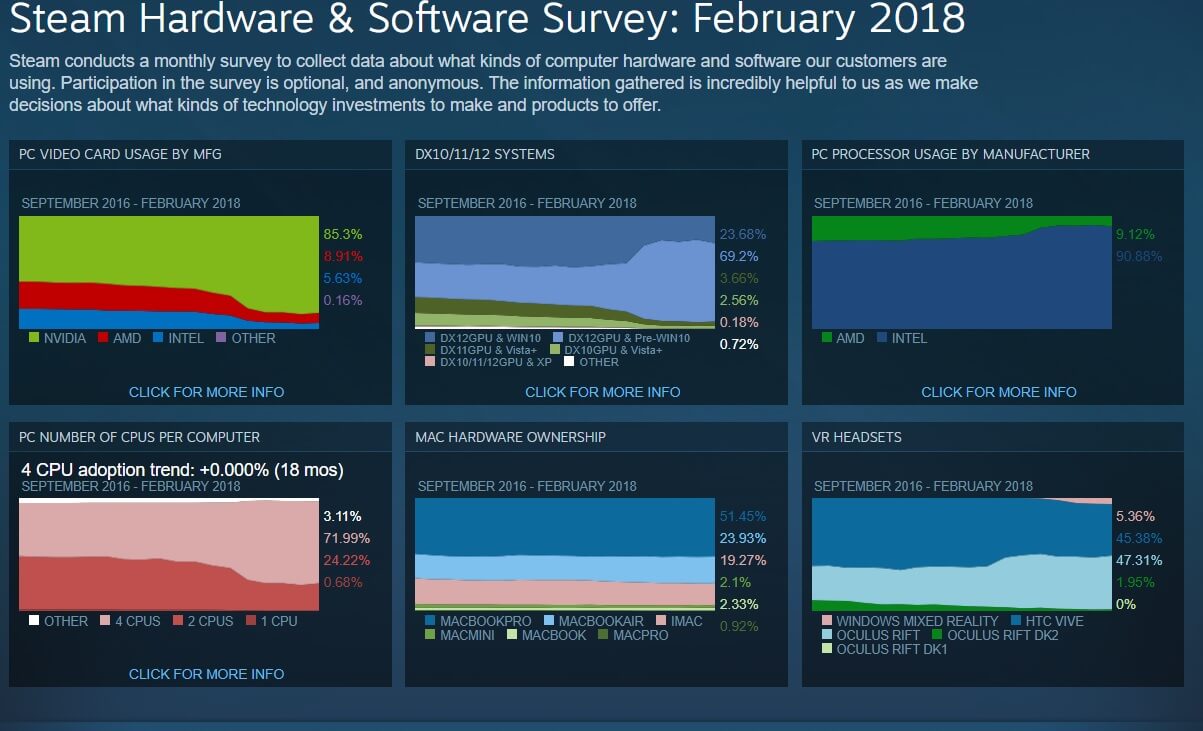 As we can see from the graph, AMD’s GPUs market share has been slightly increased from 8.2% to 8.9%. NVIDIA remains the dominant GPU company as the 85.3% of the survey takers are using its graphics cards.

AMD has also managed to slightly increase its CPU market share by up to 1% (from 8.1% to 9.1%). From the looks of it, the first Ryzen CPUs did not make a big difference as some users were expecting/hoping. Still, AMD will release the Ryzen+ CPUs in the coming months so there is a chance that things may improve even further.