Steam has just set a new record for concurrent users. According to the official stats, earlier today there were 19,728,027 Steam players online at the same time. 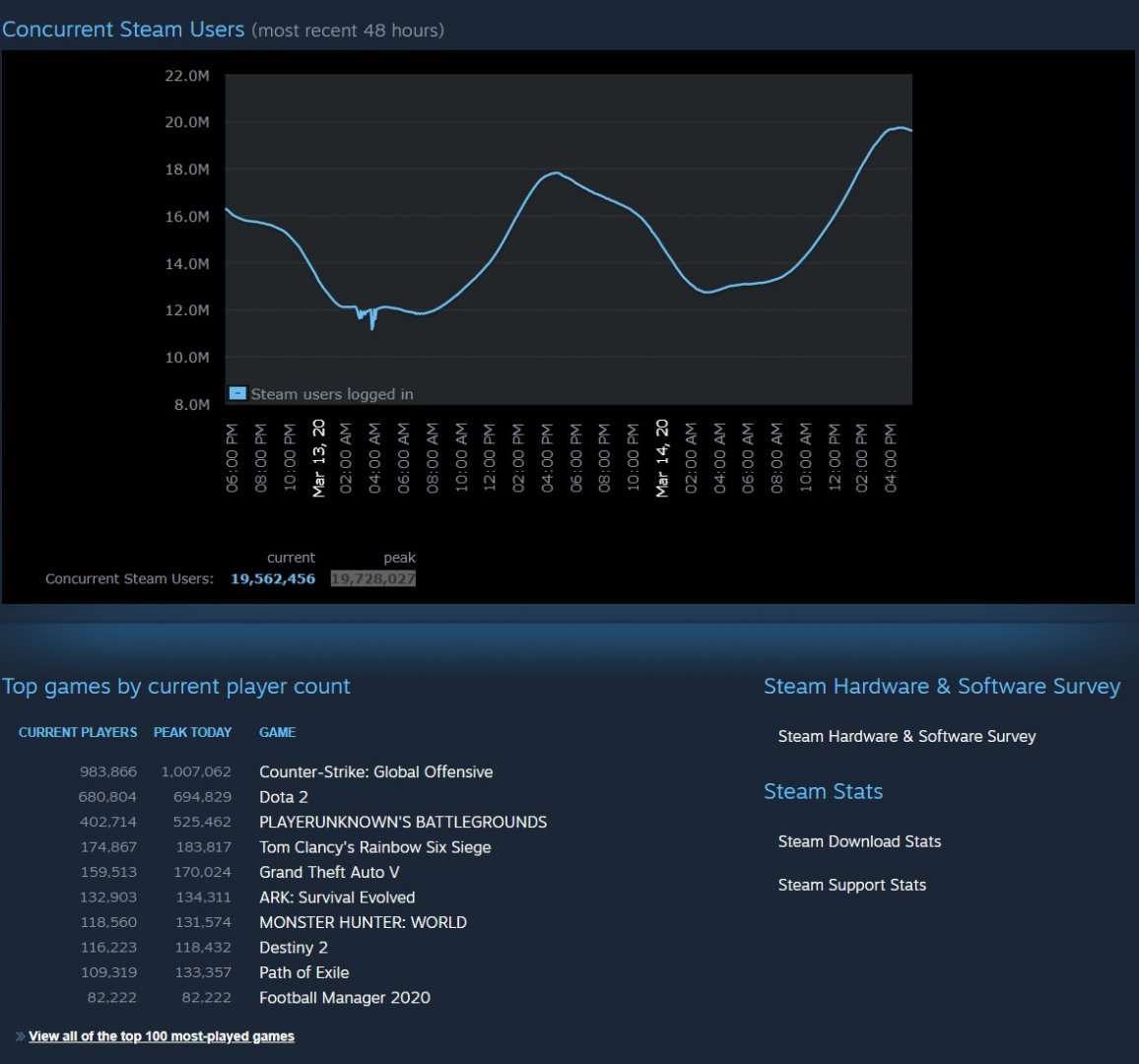 It’s also worth noting that Counter-Strike: Global Offensive has surpassed one million concurrent players. As such, CS: GO is the third game on Steam that has managed to break the one million goal.

DOTA 2 is in second place of most concurrent players right now with 694,829 players online. PUBG is in third place, followed by Rainbow Six Siege and Grand Theft Auto 5.

It will be interesting to see whether Steam will be able to hit the two million goal later this week. After all, a lot of countries are under quarantine due to the Coronavirus.