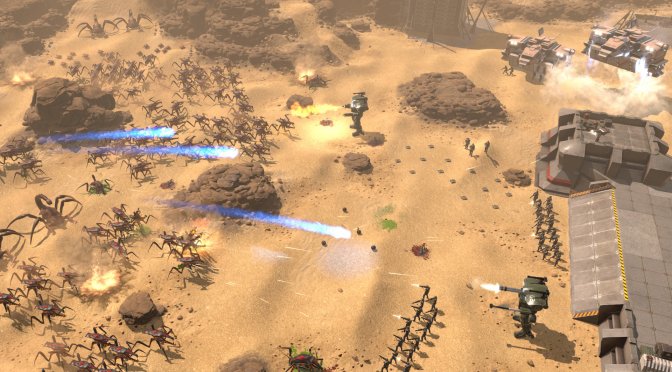 The Artistocrats has announced a new real-time strategy game that is set in the Starship Troopers movies universe, Starship Troopers – Terran Command. In this game, players will take command of the Mobile Infantry and do their part in the war against the Arachnid threat.

Players will build, develop and control their armies to strike an effective balance between tactical superiority and strength in numbers. Moreover, the game promises to feature an expansive range of unique units, weapons, and special abilities are at the disposal of MI commanders.

Starship Troopers – Terran Command targets a 2020 release on the PC. Below you can find its key features, as well as its debut trailer.