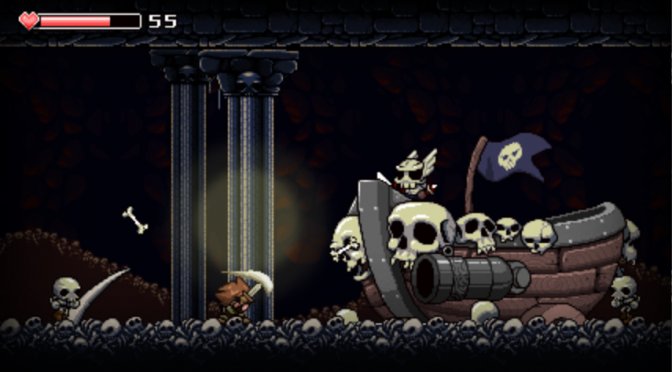 LABS Works, a newly formed indie studio started by industry veterans Matt Kap and Simon Parzer who previously worked together on The Binding of Isaac: Rebirth, today announced that Castle in the Darkness 2 is now in development, a sequel to 2015’s Castle In The Darkness.

As the press release reads, this sequel offers a similar brand of high-speed, action-rpg exploration to the first game, but launches it to new heights.

Kap of the new game said:

“Castle in the Darkness 2 still features pixel art, but the fidelity has received a major upgrade. I’m really pushing my limits. I made the first game with an 8-bit aesthetic to keep it fast and simple because I was working on it mostly alone”, says Kap. “But now with Simon taking care of all the technical stuff, along with a few talented specialists, I can focus 100% of my effort on producing the best graphics, music and game design that I’m able to. That’s an incredible feeling!”

In order to celebrate this announcement, the team released its first trailer that you can find below.

“We will be publishing mini-trailers on the 2nd day of every month that will show off a specific aspect of the game or its development. We have lots of surprises in store, and we’re super excited to share them with you!”

Castle In The Darkness 2 Announcement Trailer