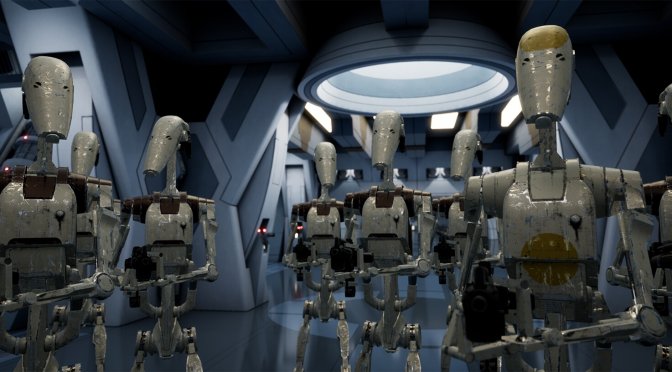 In September 2020, we informed you about an amazing Star Wars fan project using Unreal Engine 4. And today, we are happy to report that its creator, Jorge Barros, has released this project to the public. Yeap, you can download and run this Unreal Engine 4 tech demo of this unofficial Star Wars project.

As its title suggests, this tech demo recreates the Droid Control Ship from Star Wars Episode 1. This is the ship in which Obi Wan and Qui Con fight some trade federation droids (at the beginning of the movie).

This tech demo will let you explore this environment. However, it does not feature any big fight between the Jedi and the droids. Still, we believe that most Star Wars fans find it cool.

Now since this is an unofficial project, Disney may very well shut it down. Therefore, we strongly suggest downloading it while you still can.