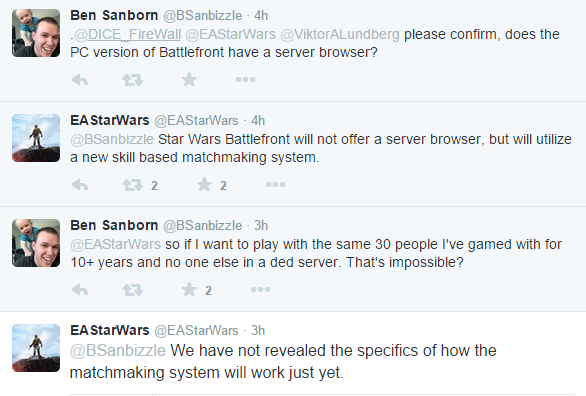 And now for the good news. The Open Beta phase of Star Wars: Battlefront will begin this October. Yeap, you read that right. This beta will be open to everyone, meaning you won’t have to pre-order the game in order to gain access to it.

As EA and DICE stated:

“The Star Wars Battlefront Beta is a technical test and will feature Walker Assault on Hoth, a 40-player multiplayer battle featuring Rebels and the Empire. Walker Assault will also give you the chance to play as two of the most iconic characters in the Star Wars universe: Darth Vader and Luke Skywalker. The Beta will also feature our Survival Mission on Tatooine, where you and a Rebel friend must fight back waves of Imperial forces.

In addition to those two modes, we are excited to reveal a brand-new mode that will be available in the Beta, Drop Zone. We’ll be sharing more details on Drop Zone in the weeks ahead. “