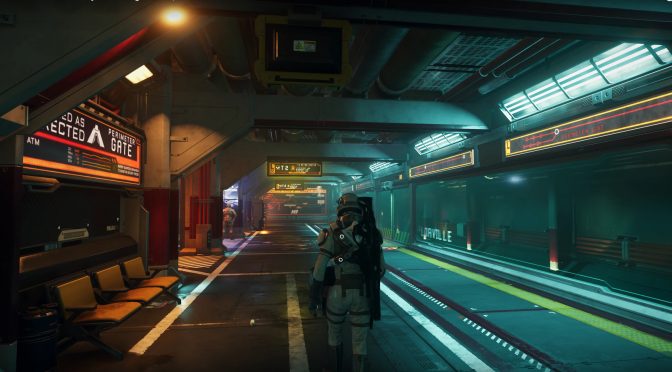 Cloud Imperium Games has announced that it will make the Star Citizen Alpha free to download and play for any player to celebrate the launch of Star Citizen’s first habitable planet, Hurston. Revealed at CitizenCon 2018, on October 10, Hurston is a massive planet encompassing thousands of kilometers of playable space, with more than five distinct biomes including cityscapes, savannahs, frigid tundra’s, mountains and coastal seascapes.

Lorville, the planet’s major city hub, will also be available to all players. In Lorville, players can expect to find a densely populated, living city, including the “New Deal” ship shop, the game’s in-game location for the buying of in-game ships with in-game currency.

To celebrate the launch of the game’s first planet, Cloud Imperium Games will launch a “Free Fly” event encompassing its stable of more than 80 flyable vehicles, from more than ten different manufacturers. This makes it free for anyone to create an account at www.RobertSpacesIndustries.com to download and play Star Citizen.

Within the game, each manufacturer will make its entire flyable inventory free for a 24 hour “Test Flight,” after which it will then be replaced by the inventory from another manufacturer. During the promotion, it will be free for anyone to join the Star Citizen Persistent Universe and play across not only Hurston and Lorville, but Star Citizen’s more than 30 varying mission types, 8 traversable moons, several “rest stops” and more. Players who accumulate in-game currency can use it to purchase additional ships, flyable until each server re-start.

Star Citizen Alpha 3.3.5 is currently available on PTU servers and our reader Sean has shared with us some screenshots that you can find below.

Anyone who plays Star Citizen between November 23 and November 30 will enjoy access to the following Free Fly Schedule: