These numbers are as high as they can possibly get. At least for Tomb Raider and Hitman: Absolution. Yes, there is a huge fanbase for those two games, however it’s shocking to see that Square Enix anticipated sales of 5-6 million for Tomb Raider’s first month.

According to the publisher, and despite their scores and reviews, all three of those titles have not hit their initial goals. Therefore, it will be interesting to see what will happen with those franchises, and whether the company will invest on more triple-A titles.

We’ve also included below the previous sales numbers for the Tomb Raider and Hitman franchises (special thanks to NeoGAF’s member ‘Nirolak’). 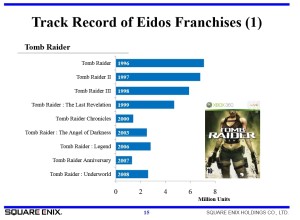 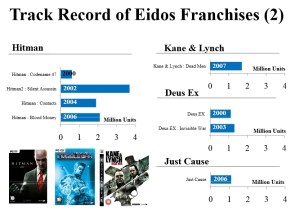