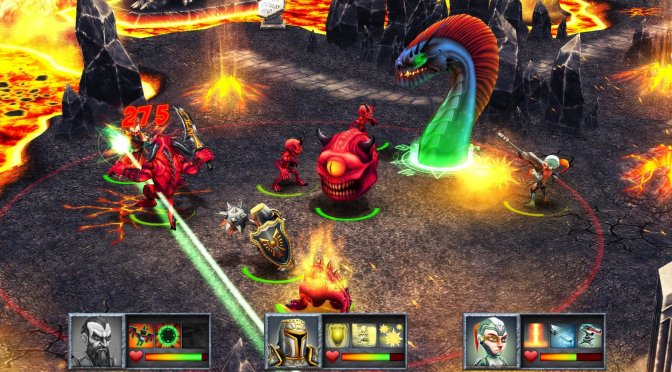 Phase Two has announced that their squad-based RPG, Battle Hunters, will be available on the PC via Steam this October. In order to celebrate this announcement, the team has released a new trailer that you can find below.

Battle Hunters promises to offer a unique and intuitive combat system that combines strategic command of your heroes with a combination of turn-based and real-time action.

“Combat takes place with melee and ranged characters, armed with all manner of swords, spells, blades and blasters. Heroes can be upgraded, swapped around, and mixed and matched to tailor make a party, giving you a better fighting chance. Locked chests and barrels of food provide plenty of loot to keep your pockets full of gold and your heroes well-fed. Mini quests provide short-term objectives while also driving the overall narrative forward.”

The game will let players form an adventurer party of 3, chosen from a lineup of 28 unique hero characters. Each hero has their own specialized fighting skills and unique abilities that players can level up and enhance.

“Different heroes bring a range of strengths and weaknesses to the battle. With such a wide array of enemies to confront, the player must use the right combination of heroes to suit their own battle style, and to ensure victory.”