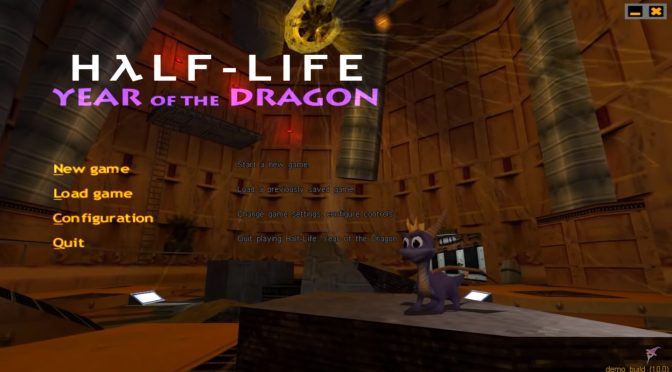 Earlier this month, we informed you about a mod for Half Life that aimed to bring to it the cute dragon from Spyro: The Dragon. And we are happy to report that this mod, called Half-Life: Year of the Dragon, is available for download.

The first version of Half-Life: Year of the Dragon allows you to explore the Office Complex level and use some of Spyro’s moves, like breathing fire, collect gems, help NPCs and fight various Half Life enemies.

Modder ‘Magic_Nipples’ aims to complete Spyro’s moveset, based on the original games, in future versions, add extra abilities and items for variety, and build a unique campaign.

“After this initial release I want to add in Sparx, Fodder, Gem collecting, and other breaths in for the second release. Everything after that will be just polishing, bug fixing, and adding in any other features for the sdk release and more or less final release.”

Now I don’t know if the modder will be able to complete this mod, however we have at least this demo. Those interested can download the mod from here and yes; you will need a purchased version of Half-Life in order to play it.