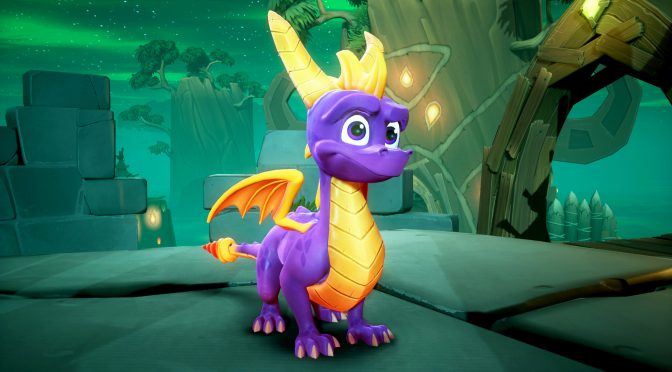 Well, we knew it was coming. Activision announced yesterday that Spyro Reignited Trilogy is officially coming to the PC on September 3rd. In addition, the publisher has revealed the game’s official PC system requirements via its Steam store page.

The Spyro Reignited Trilogy includes Spyro the Dragon, Spyro 2: Ripto’s Rage! and Spyro: Year of the Dragon, and its PC version is handled by Iron Galaxy.

According to the press release, Spyro Reignited Trilogy features the exciting and nostalgic gameplay that fans enjoyed years ago with over 100 levels, enhanced reward sequences, as well as the beautiful redesigns of Spyro’s hoard of zany dragons and other goofballs (including Sparx the Dragonfly, Hunter, Sheila, Agent 9 and Sgt. Byrd) and many more. The trilogy also includes enhanced environments, a remastered soundtrack, updated controls, brand-new lighting and recreated cinematics for added pizzazz in this beloved adventure.

Spyro Reignited Trilogy demonstrates the cultivation of epic game remastery that builds on the incredible experience of the original games. The characters and personalities are creatively re-developed with additional flavor allowing fans to reignite the flames with Spyro and his crew. Players will experience a trilogy packed with an astounding amount of detail, refreshed modern gameplay mechanics, and smooth camera handling.