2K Games announced today that Spec Ops: The Line, the modern military shooter that combines thrilling combat with a thought-provoking narrative, will be released during spring 2012. In addition, three brand new screenshots have been released, as well as a brand new trailer depicting Captain Walker’s journey through Dubai, that can be viewed bellow.

“With all of its grandeur and opulence, Dubai provides the perfect backdrop to play out Spec Ops: The Line’s deep and complex narrative. This bold endeavor harnesses 2K’s pedigree of creating fascinating stories, settings and worlds to create an aggressive narrative and environment that you won’t find in other games on the market. Wartime narratives evoke emotion like few things else in our culture. Players will fight through this hostile environment in Spec Ops: The Line, creating a raw and unique video game experience. ”

In Spec Ops: The Line players will assume the role of Captain Walker, a U.S. Delta Force soldier on a harrowing rescue mission to save the damned 33rd squad of the U.S. Infantry. Set against the backdrop of a sandstorm-ravaged Dubai, Spec Ops: The Line is 2K’s first foray into the modern military genre, combining its trademark narrative depth with compelling action to move players beyond the simple conflicts of good-versus-bad. 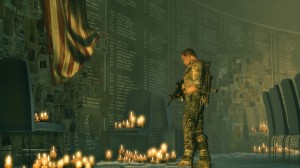 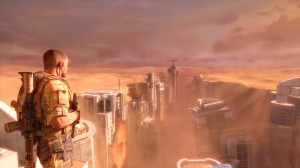 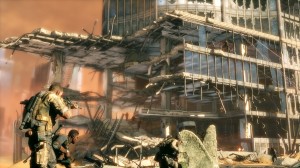