Sony has just revealed the official PC sales figures for God of War, Horizon Zero Dawn and Days Gone. According to the company, Horizon Zero Dawn has sold 2.39 million copies, and is currently the best-selling PC game it has released.

God of War comes in second place with 971K copies, whereas Days Gone is in third place with 852K copies. As Sony noted, these PC sales figures are as of March 2022.

For what it’s worth, Horizon Zero Dawn came out in August 2020 and Days Gone in May 2021. God of War came out on PC in January 2022. As such, the up-to-date PC sales may be higher for all three games.

It’s also worth noting that Sony is forecasting huge PC growth for Fiscal Year 2022. Our guess is that the company will release numerous games on PC in 2022/2023. For the time being, the next Sony game that will be coming to PC is UNCHARTED: Legacy of Thieves Collection. 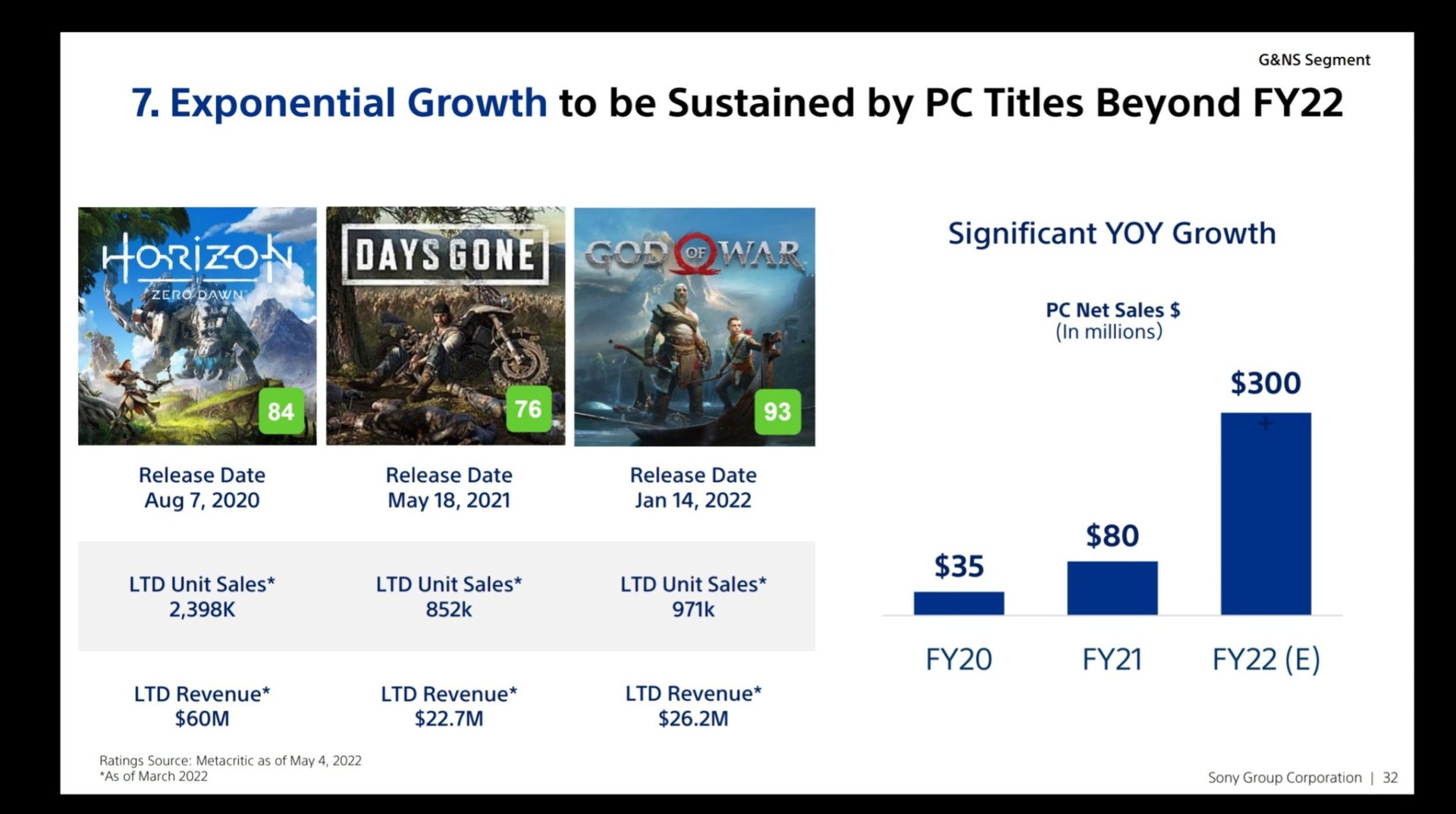