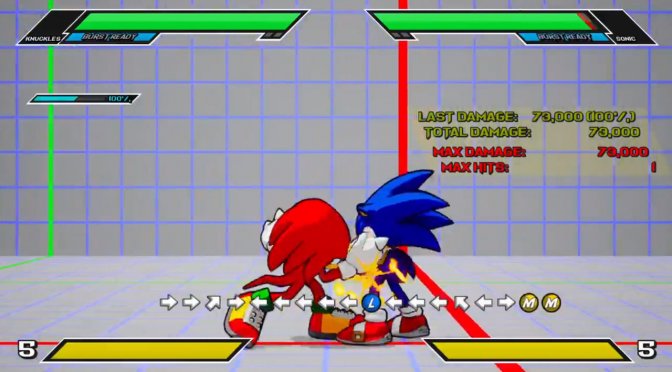 ArcForged is currently working on an amazing 2D Sonic fighting game, Sonic Smackdown. This fan game appears to be heavily inspired by Marvel vs Capcom 3, and promises to be one of the best Sonic fighting games. And, since SEGA is friendly to fan games, this game will not receive any C&D letter.

As you may have guessed, Sonic Smackdown will be a free fighting game that will be available on the PC. While there isn’t any ETA on when it will come out, the team has released some incredible gameplay clips.

The game will feature a lot of Sonic friends and enemies. Moreover, Sonic Smackdown will sport lovely 2D visuals. Its gameplay and combo system will be also similar to the one found in Marvel vs Capcom 3.

For a fan game, Sonic Smackdown looks absolutely stunning. Therefore, we hope that the team will keep working on it until it’s complete and ready for release.

We’ve included a number of gameplay clips below so you can get a better idea of what this new free fighting game is all about.

Hey Keef, when are you gonna try Sonic Smackdown out? (Pls? ; . 😉 pic.twitter.com/VF6EE7YHWd

THE REMATCH THAT TOOK 20 YEARS TO COME BACK.