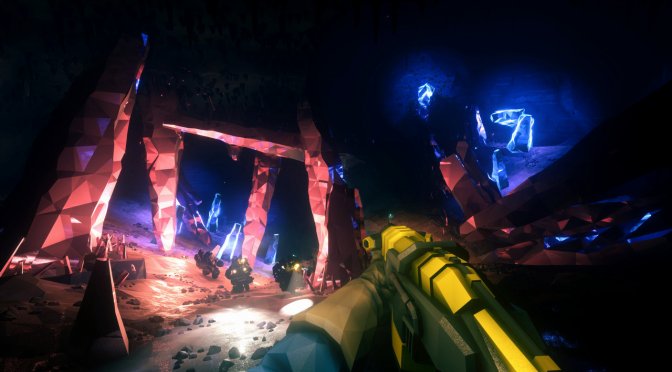 Coffee Stain Publishing has announced that Deep Rock Galactic is free to play on Steam this weekend. PC gamers can go ahead, download and start playing this 1-4 player co-op FPS until September 16th.

Deep Rock Galactic first began officially recruiting brave space mining dwarves in 2018 when it launched on Steam Early Access. Moreover, the team recently celebrated over 750k sales across both platforms. Furthermore, Ghost Ship Games will released Update 25 later this month (which will be the first endgame update for the game).

In Deep Rock Galactic players take up arms as one of four classes of badass dwarven miners. Each miner comes with invaluable set of skills and gear. Therefore, the Driller, the Engineer, the Scout and the Gunner must work together to survive a relentless onslaught of ravenous aliens and escape the procedurally generated caves with their bounty intact.