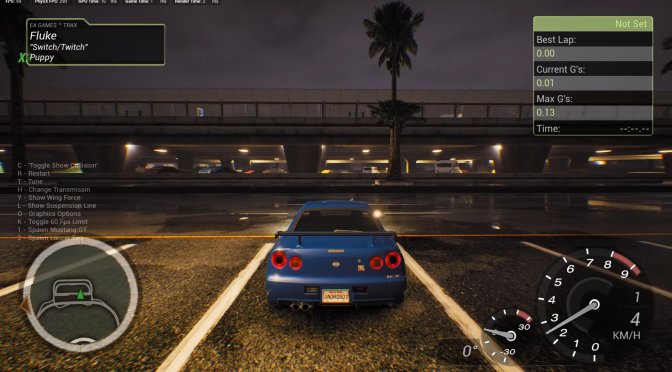 Need for Speed fans, here is something special for you today. YouTube’s ‘Ivan Novozhilov’ is currently remaking Need for Speed Underground 2 in Unreal Engine 4, and below you can find a video featuring 10 minutes of gameplay footage from it.

Contrary to most of the other Unreal Engine remakes we’ve shared, this one actually feels like a proper remake. In other words, it features proper gameplay mechanics. Players can drive cars, power slide, and destroy various objects. Hell, there is also a weather system, as well as music from both the Underground games.

Unfortunately, there isn’t currently any way to download this NFSU2 Remake. And, given how good this already looks, we are afraid that EA will immediately shut it down.

But anyway, here is the full list of features that the current WIP build of Need for Speed Underground 2 Remake in Unreal Engine 4 has.

Banging through the city