These GPU die pictures are taken from the XE labs in Folsom (USA), though these photos don’t give us any info on the alleged specs/performance of these discrete graphics cards. We have three different Xe-based products pictured, along with their cooling solutions.

The first product in this picture (as shown below on the left side) was already teased by Raja before, which is supposed to be the Xe-HP based data center accelerator. On the right hand side one small silicon product along with a massive GPU die in the bottom can be seen as well. The smaller top right product could be Intel’s DG1 (or DG2), whereas the big one in the bottom appears to be the “Arctic Sound” prototype model. 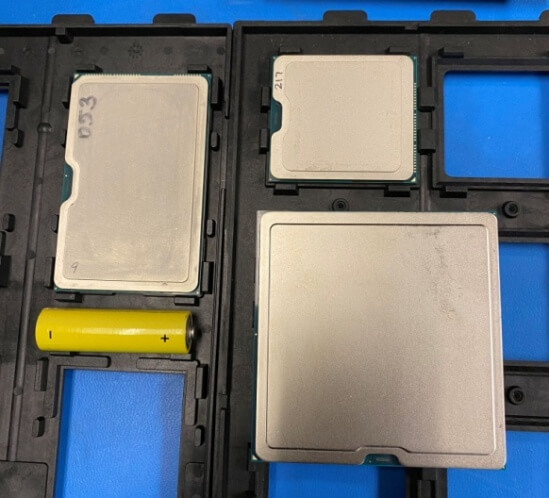 These are likely to use a multichip approach (tiles), e.g. three tile-configurations, i.e. 1, 2 and 4 tile-based products (as shown below). Rumors have indicated that Arctic Sound should come with 4 tiles. 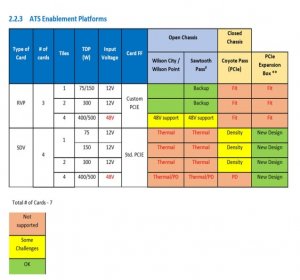 Raja also refers the big chip as BFP, Big ‘Fabulous’ Package, which is the Xe HPC-based data center accelerator. Raja Koduri can be seen holding the “BFP Xe GPU” as shown below in this picture. 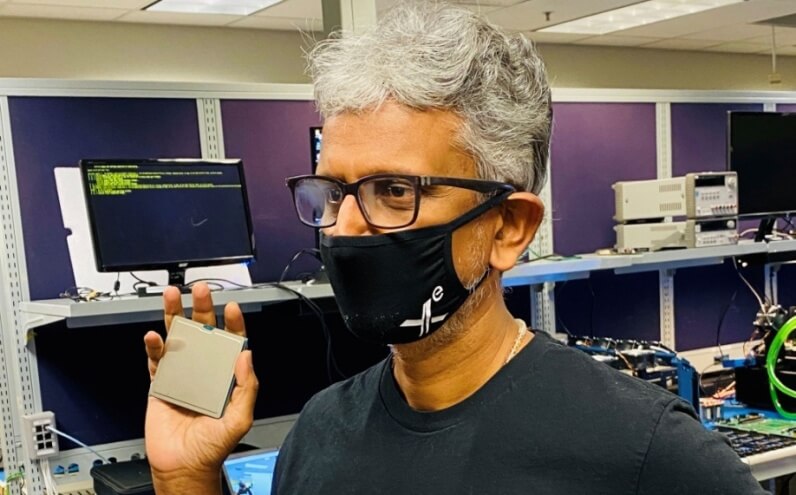 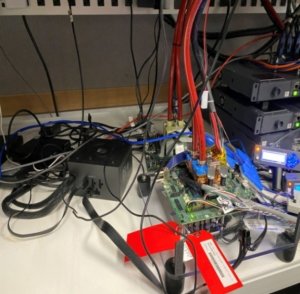 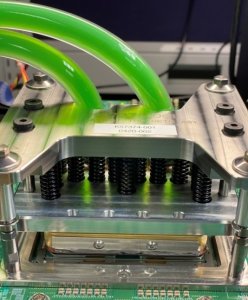 The Intel Xe GPU architecture is scalable and it will power various products. Intel plans to offer three microarchitectures derived from Xe which include the following: