Poppermost Productions has just announced their first snowboarding game that will be powered by Crytek’s game engine, CryEngine 3. SNOW is the first true freeride and freestyle game for skiers and snowboarders. Based on the free-to-play model, SNOW promises to restart the winter sports genre taking the player back to basics refining scale, physics and controls to capture the majesty of the mountain. SNOW is a game for riders, by riders, and will hopefully be released for free later this year. Enjoy its announcement trailer after the jump. 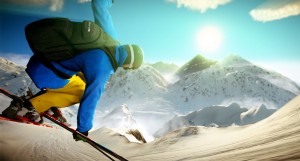