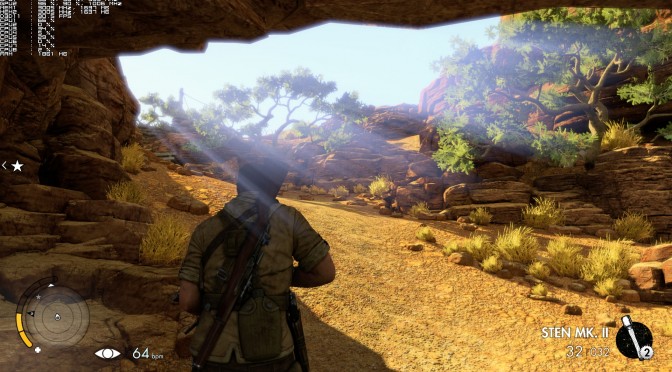 Rebellion has released a new patch for the PC version of Sniper Elite 3 that comes with various improvements and fixes for both the SP and MP modes. According to the release notes, this update prevents the occasional “dead but still-standing and unsearchable” progression blocker, implements various localisation issues, and fixes the animation issues with DLC weapons. You can view the complete changelog below.

-Clients could kill the host player in co-op if a killcam was triggered, causing a co-op desync where the host player would only be dead on only one machine. This is now prevented.
-Melee kills on AI should always result in ragdolls, preventing the occasional “dead but still-standing and unsearchable” progression blocker.
-Changing the server filters and then entering a server should no longer leave you in an empty lobby that can’t be exited.
-SVT-40 should no longer cause desyncs in co-op.
-Attempt to fix the animation issues with DLC weapons (we’re continuing to look at this issue, so if you still see problems after the patch, please get in touch with our support team).
-Prevent sprinting from a gamepad if sprinting is disabled on the server settings.
-In game voting buttons now correctly say “hold” when using a gamepad.
-Relax the tests for placement of trip mines on stairs.
-AI no longer propagate knowledge during a bulletcam preventing the occasional alert when you kill someone.
-The effect of bushes on the player’s visibility to AI is no longer applied permanently.
-Change the mouse-cursor behaviour to better support windowed mode.
-Fix various issues with the “saving content” notification getting stuck or not persisting onto various menu pages.
-Fix the aspect ratio of the Trench Gun icon in the radial menu.
-Improve display of really long server names and reduce the flickering of the server list.
-Improve scrolling behaviour of the server list (we have a further improvement pending for maintaining the selection while scrolling with a mouse and generally improving the mousewheel behaviour but it missed this patch).
-Server settings should now be shown on the respawn and in-game pause menus.
-Chat should now be present in co-op campaign.
-Czech language should now have english dialogue present where previously missing.
-Fixed issue with achievement text in the Steam client if language set to Hungarian.
-Various localisation issues fixed.

Forthcoming fixes (that were too late to be included in this patch):

-Co-op in DLC missions.
-Bleedout countdown notifications in co-op displaying for both players.
-Adding quicksave and quickload shortcut keys (note, you can already save and load at any point via the menus).
-Add a “windowed” option to the launcher options (note, you can already toggle windowed mode using Alt+Enter).
-Add an “autobalance” option for servers.
-Improvements to ragdoll behaviour to try to reduce interpenetration with environment.
-Co-op killcam improvements to prevent desyncs and erratic escalation of A