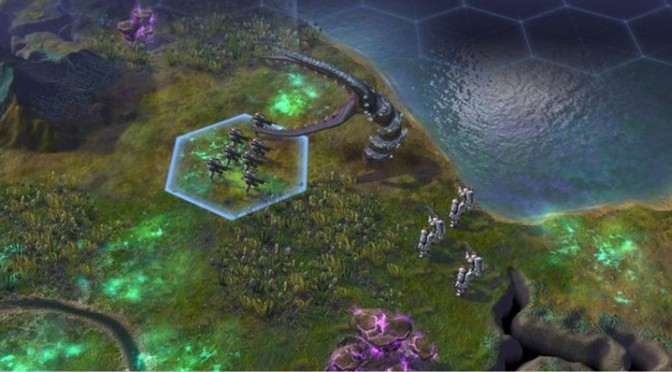 2K Games has announced that Sid Meier’s Civilization: Beyond Earth will be released on October 24th. In addition, 2K Games released a gameplay walkthrough video for it, and revealed that those who pre-order the game will gain access to the Exoplanet Map Pack DLC.

Here is what the Exoplanet Map Pack DLC features:

• Kepler 186f –  This lush forest planet is one of the oldest known Earth-like planets;• Rigil Khantoris Bb –  Orbiting the closest star to our solar system, the historical records of this arid continental planet’s settlement are well-preserved;• Tau Ceti d –  This planet of seas and archipelagos features a booming biodiversity and a wealth of resources;• Mu Arae f –  Tidally locked in orbit around a weak star, the southern hemisphere of this planet is a blistering desert where the sun never sets, while the northern hemisphere is perpetually in frozen darkness;• 82 Eridani e –  An alien world of scarce water and wracked by tectonic forces;• Eta Vulpeculae b –  A mysterious new discovery with unknown terrain.