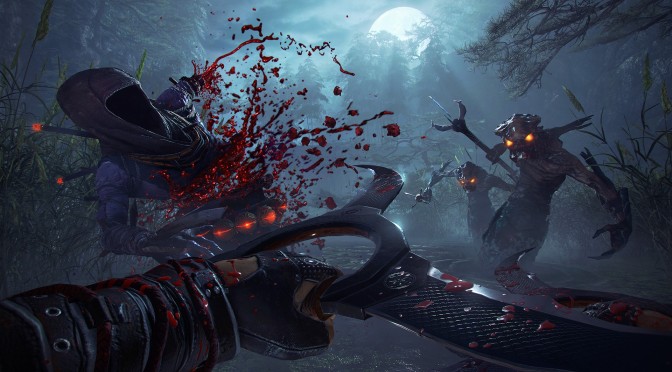 Shadow Warrior 2 has just been released and it appears to be the first PC game that takes advantage of both HDR and NVIDIA’s Multi-Res Shading Technique.

HDR is the new gaming trendy these days, as it was first widely showcased during Sony’s PlayStation Meeting back in September. HDR offers richer colours and in order to enjoy it, you need a TV that supports this tech. Microsoft and Sony have been adding HDR to a number of games, and Shadow Warrior 2 is the first game that supports it on the PC.

NVIDIA’s tech was used in VR games, however this is the first time we’ve seen this technique being used to a normal game. The good news is that this technique actually works. NVIDIA offers two options; conservative and aggressive. The aggressive method offers greater performance gains, however – and in order to avoid noticeable aliasing – we strongly suggest using the conservative option.

Below you can find some comparison screenshots between proper native 1080p (left) and 4K via the aggressive method of NVIDIA’s Multi-Res Shading Tech (right). As we can see, the MRS images look sharper (floor in the third image), however in some cases the aggressive method brings more aliasing (which is why we suggest using the conservative method).