Gun Media has announced that Friday the 13th: The Game has been delayed to 2017. According to the publisher, the game’s beta phase will begin in late 2016. In early 2017, the company will release its multiplayer mode and in Summer 2017, the game’s new added single-player mode will be made available.

One of the reasons the game was delayed was because the development team wanted to add more content to the base game. As such, the multiplayer release will include AI bots, Tommy Jarvis as a playable character and Packanack Lodge as a playable map.

Naturally, those who pre-order the game will receive the game’s single-player mode for free in Summer 2017.

And that is that everyone. 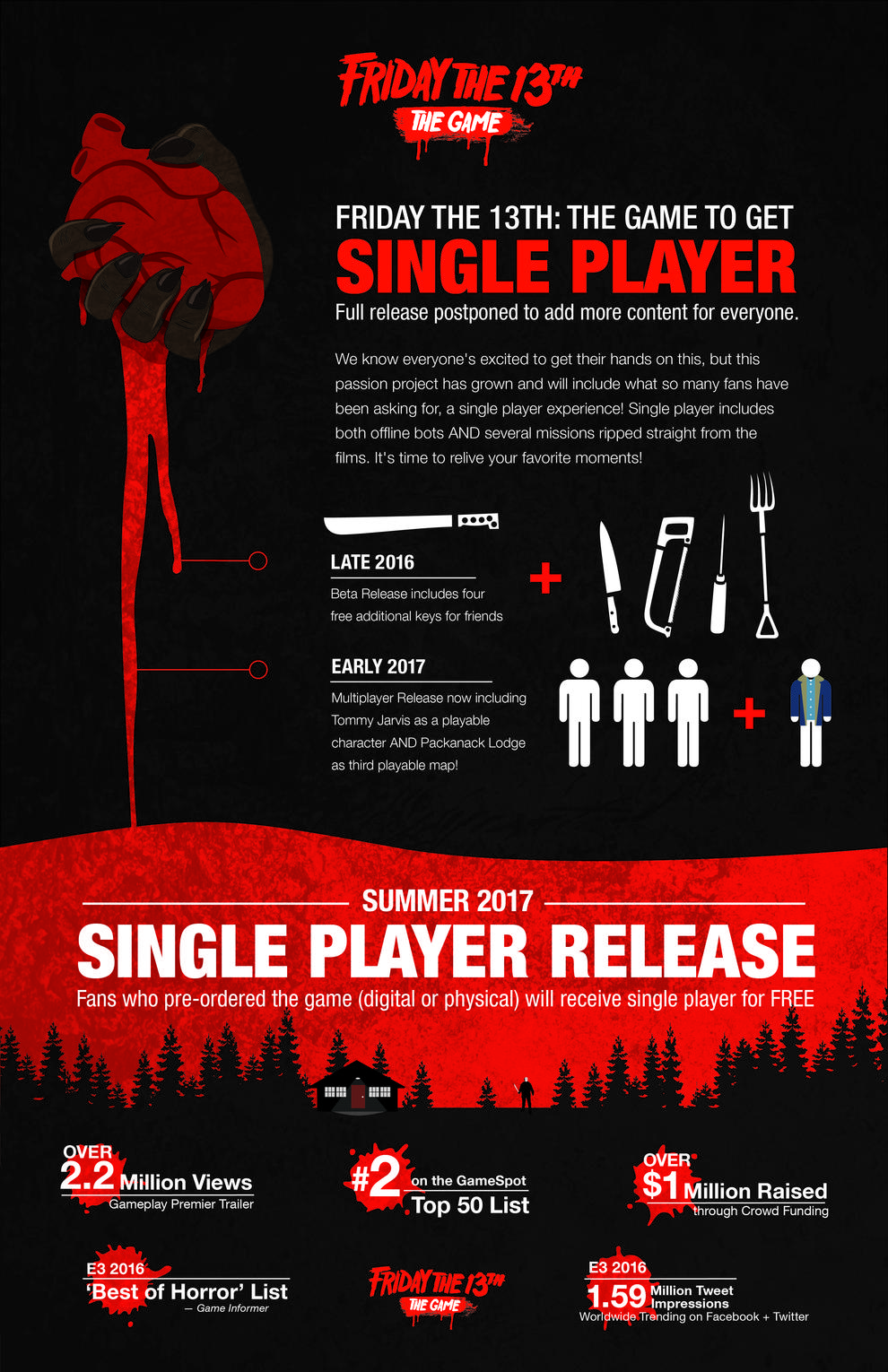