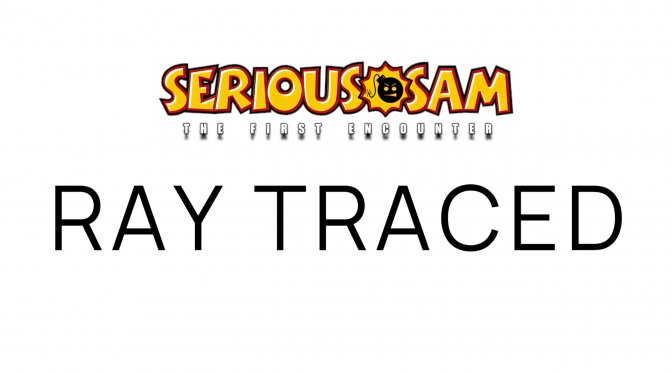 Now here is something that came out of nowhere. Software engineer ‘sultim-t’ has released a Ray Tracing version of the first Serious Sam game, Serious Sam: The First Encounter.

“Serious Sam TFE: Ray Traced is a port of the classic Serious Sam: The First Encounter (2001), that includes a reworked graphics engine to enable ray tracing support. With the hardware-accelerated ray tracing, it is possible to calculate global illumination, reflections, refractions, soft shadows and other visual effects completely in real-time.”

This unofficial port is available for download right now. And yes, this is a free download, meaning that everyone can download it from here. Now the good news here is that Serious Sam TFE: Ray Traced requires the files from the original game. So even though it’s free, you’ll still have to purchase (and support) the official game.

In order to showcase these new Ray Tracing effects, sultim-t released the following trailer. This trailer shows off most of the game’s Ray Tracing effects. Furthermore, it packs some before/after comparison scenes. It truly looks amazing, so make sure to at least watch it.