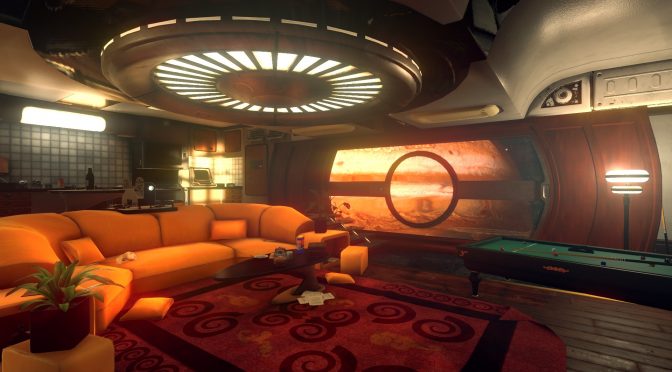 Ocelot Society announced today that its sci-fi narrative exploration game, Event[0], is coming to Windows PC and Mac this September via Steam and the Humble Store by Humble Bundle. In order to celebrate this announcement, the team has released a new trailer for the game that can be viewed below.

As the press release reads, the game is set in a retrofuture inspired by 2001: A Space Odyssey, Solaris and Brave New World. In Event[0], players will build a personal relationship with a machine using natural language. Kaizen can procedurally generate over two million lines of dialog and the AI entity has a strong personality influenced by human input. Players communicate by typing messages into a computer, and Kaizen responds.

“As in any relationship, there can be gratitude, disappointment or jealousy, and Kaizen reacts differently depending on its mood. By working through the fears and anxieties of your virtual companion you can ultimately find your way back to Earth—while unraveling the cryptic history of the ship and the 1980s society from which it emerged.”

Ron Carmel, Co-Founder of Indie Fund and Co-Creator of World of Goo, said:

“Event[0] takes me back to the kind of magic I felt playing Zork as a kid. There are moments where I can suspend disbelief and feel like I’m actually having a conversation with an advanced AI, probing its inner workings with words.”

The game is created using Unity Engine 4 and utilizes physics-based rendering and advanced lighting techniques to create richly detailed environments inside and outside the ship (players can leave the ship for breathtakingly scary spacewalks).

“Event[0] is like our AI child: over the past two years it has grown from a vibrant but limited concept into a fully realized narrative exploration game. Our team has created an evocative world for players to explore and Kaizen can’t wait to find new humans to become best friends with!”