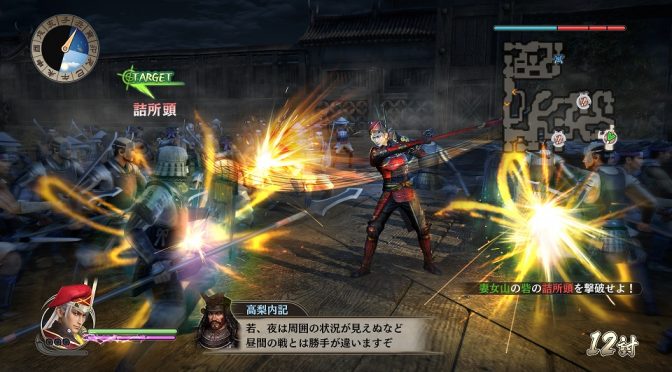 SAMURAI WARRIORS: Spirit of Sanada is a new adventure based on the heroic legend of the Sanada Clan, a cunning group of warriors from Sengoku Era Japan who believed in survival at all costs.

The player follows Masayuki’s first battle, trailing the clan’s meteoric rise from lowly vassals to powerful lords which led to the birth of the fan-favorite samurai, Yukimura Sanada. Continuing the clan’s legacy, players will then journey from boyhood as the legendary warrior, following his footsteps as Yukimura rises to the title of “The Crimson Demon of War.” Players will also experience the epic tale of his father’s reign and his finest battles, up to his valiant final stand at the Siege of Osaka.

SAMURAI WARRIORS: Spirit of Sanada is currently planned for a May 23rd release on Steam.