One Saints Row fan will be able to purchase this limited edition package which contains:

· Saints Row IV : Commander in Chief Edition
· A full sized replica Dubstep Gun
· A full day of spy training
· A trip to space with Virgin Galactic
· One year’s membership of E25 Super Car Club and a Lamborghini Gallardo to make it worthwhile
· Plastic Surgery of the purchaser’s choice
· A shopping spree with a personal shopper to create the ultimate Planet Saints capsule wardrobe
· 7 nights for two at The Jefferson Hotel in Washington
· Hostage rescue experience
· A brand new Toyota Prius and insurance to give something back to the environment
· 7 nights stay in the Top Royal Suite at the Burj-al-arab with flights for two

The Super Dangerous Wad Wad Edition is available for pre-order through Game now, and will be delivered to the purchaser in a truly Presidential style.

Saints Row IV launches August 20th, 2013 across North and Latin America and August 23rd in the rest of the world. 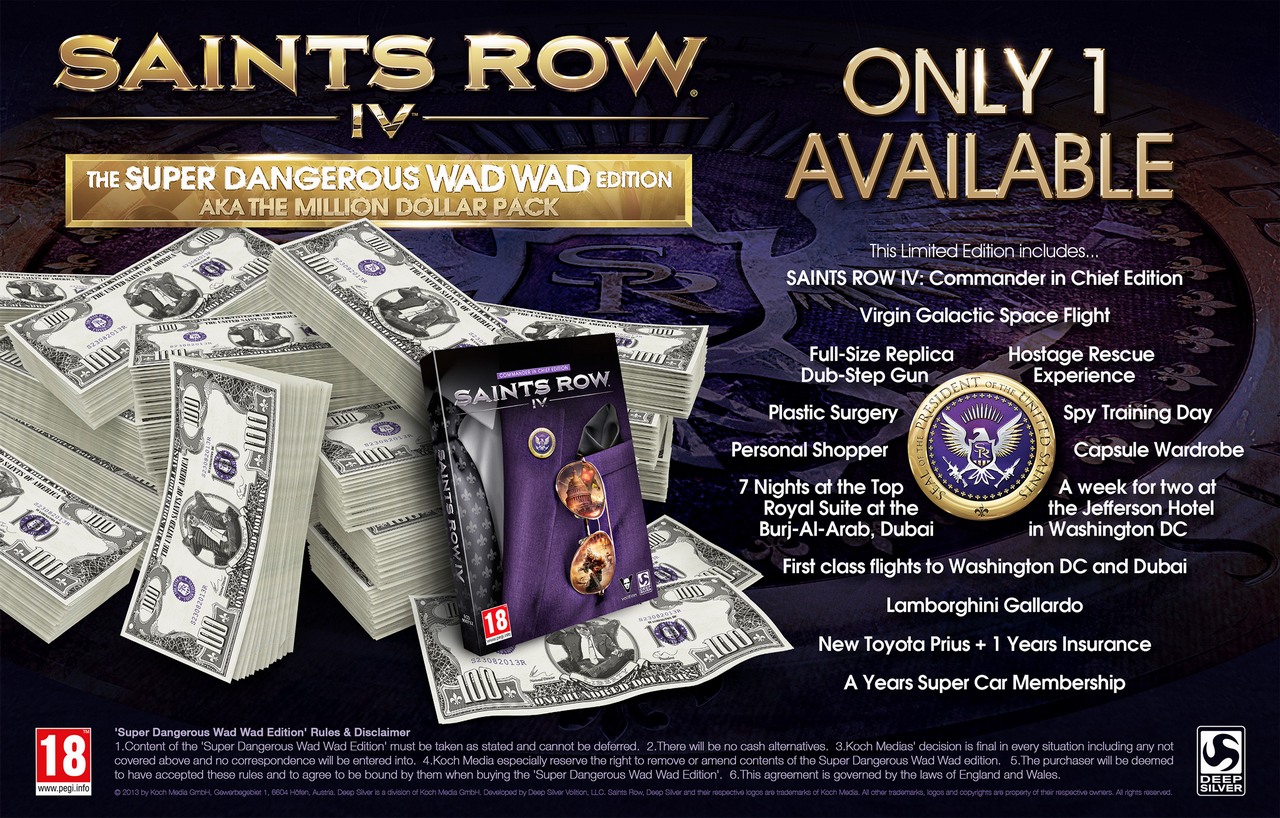