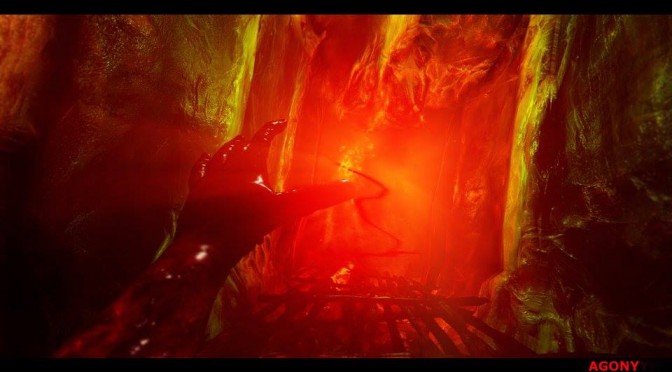 Tomasz Dutkiewicz today announced Sacred Agony; a survival horror game, where players take control of the soul, with the ability to possess creatures and people on their path. A Kickstarter campaign has been launched and Tomasz aims to raise €544K in the next 31 days.

The goal of the game is to bring back memories, and escape from hell. Players in their journey will visit four completely different environments.

Player will have the ability to choose from three different forms, which will completely change gameplay experiences – from weak human to almost immortal, powerful demon.

These three different forms are Ethereal Soul, Martyr and Demon.

Playing in this form, makes player temporary immortal, and give him ability to take control of people and demons. He can levitate and become invisible for enemies.

Taking control of the humans, will be main part of the game. In this form, players need to be carefull, and move in silence. Martyr  can use torch, swim under water, holding his breath, resolving puzzles and even making traps. He also have abillity to discover secret chambers, finding hidden painting and collectibles, and he have special stealh movement.

Martyr is the weakest body that player can control, so he is forced to hide from powerfull demons and he must be careful at every step

Controling this strong, almost immortal creature is hard, but gives many abilities needed to make progress. Demon can collect hearts, and this gives him one chance to overcome death. As an example, player can fall from an huge mountain and hit the ground. But if he have at least one heart collected, he can survive this.

Demon is very fast and agressive creature, which can use telekinesis and his own hands, to kill anyone on its path.

Players can also upgrade their abbilities in three main parameters:

Sound – reduce sound that player makes as a Martyr,
Breath – increase among of time that player can play without making a breath (useful for swimming and hiding),
Defence – give an option to survive attacks from weaker demons.