A couple of weeks ago, we informed you about a possible release date for the PC version of Rise of the Tomb Raider. Amazon France had listed the game for release on January 29th. And while Amazon has changed the game’s release date, another online shop has hinted at a January 2016 release.

According to one of the biggest Taiwanese shops, Rise of the Tomb Raider is coming to the PC on January 26th. The game is available for pre-purchase and is currently priced at $40. 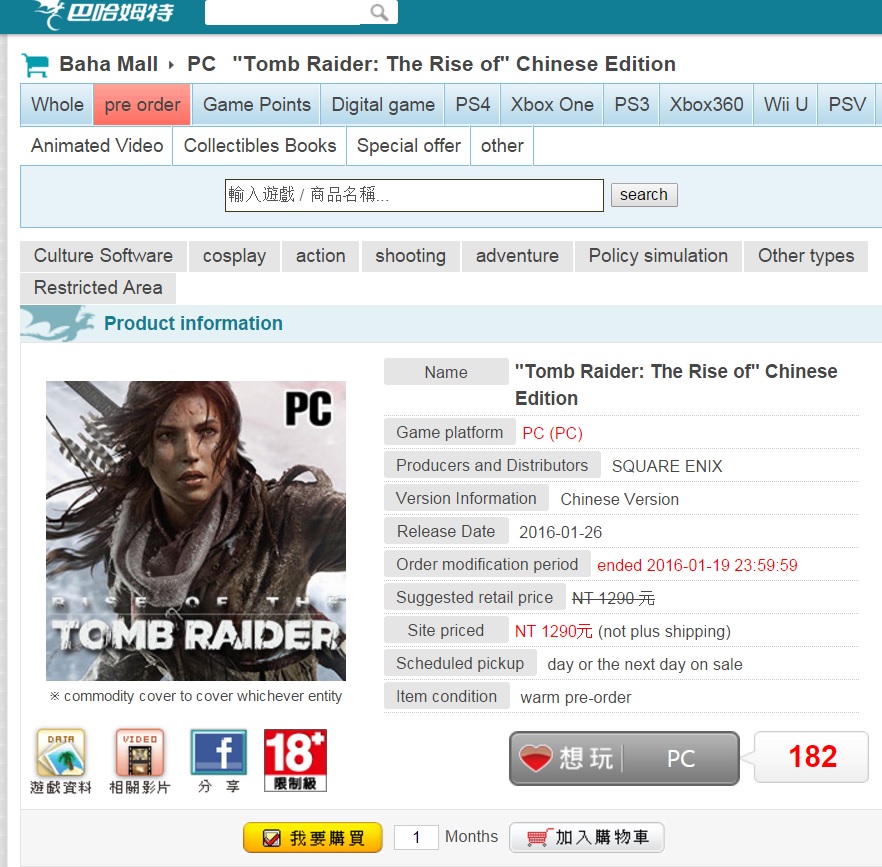 Since Square Enix has not confirmed anything yet, we’re marking this story as a rumour. We still find it hard to believe that the game will release so soon on the PC, however Square Enix may actually surprise us (especially after delaying Deus Ex: Mankind Divided; a game that was meant to come out in February 2016).