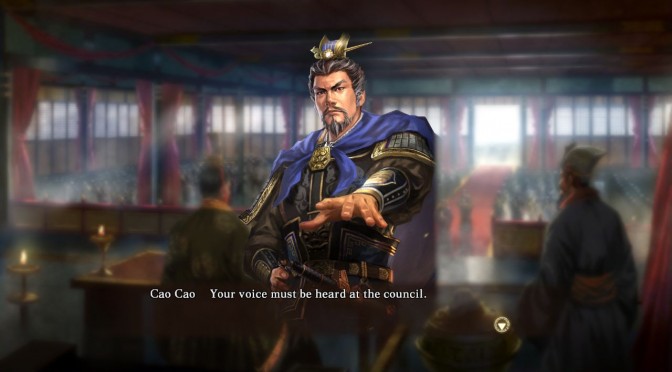 According to the press release, debates are an important part of ensuring a well-rounded (and well-supported) kingdom. These intense conversations present the ability to convince lords to act and lend their support in certain ways to benefit the player’s cause. Duels, conversely, replace words with weapons and are executed in a turn-based fashion. Carrying out a duel will present bonuses for the victor, which can be useful in ultimately getting the upper-hand on an opponent.

Players will encounter numerous battle types while commanding an army.

Naval battles and warfare has been further perfected in Romance of the Three Kingdoms XIII, allowing a player’s navy to create strategic blockades or carry out skirmishes on vast rivers.

On land, battles differ depending on location: Narrow Pass battles require the player to hold a strategic pass or create a line of defense to protect a narrow passage; Open Field battles are large-scale fights in which the player can dynamically control the course of battle.

For further strategic advantage on the battlefield, Siege battles can be initiated during another ongoing battle, as creating a blockade around an enemy stronghold allows it to be captured more effectively. Ultimately, players should organize units in the best possible vantage points to ensure any given assault unfolds in their favor.

These strategic options are further brought to life by a wide selection of beautiful battlegrounds, as well as individualized officers who possess unique abilities and special attacks that can be used to enhance their army.

Here is hoping that the PC version will be better optimized this time around than all the previous KOEI Tecmo games.