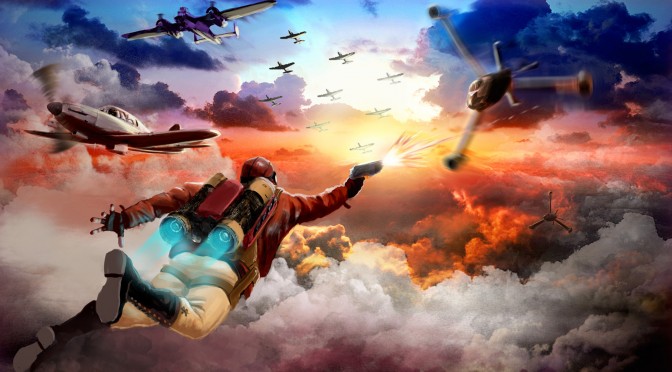 Indie Retro News has informed us about the Kickstarter campaign of Rocket Ranger Reloaded. Rocket Ranger Reloaded is basically an ‘enhanced’ remastered version of the classic action adventure game, developed by Cinemaware. This means that alongside better visuals, Rocket Ranger Reloaded will sport new locations, additional abilities, RPG-style features, new action sequences, the ability to research weapons and gadgets, as well as expanded functions on your Telefunken wrist monitor.

“In Rocket Ranger Reloaded, with your help we intend to go one step beyond: we will not only bring back all the original source material that made the game great back in 1988 (while enhancing several of its shortcomings), but we will also boost and expand it with tons of new content (locations, gadgets, weapons, equipment, outfits, characters, vehicles, etc.), gameplay upgrades, brand-new action and story sequences, a deeper strategic component and several new characters that will come together to greatly increase the replayability and help fulfill the great vision of this unique game!”

Moreover, there is a demo for you try before pledging your support.

Last but not least, the following original gameplay elements will be featured in Rocket Ranger Reloaded:

-Dogfighting sequences against a larger variety of enemies and scenarios!
-Exciting shoot-outs at secret, expanded Nazi locations!
-Boxing punch-outs against multiple enemy guards!
-Strategic-decision making as you deploy and manage your secret agents’ moves!
-Rocket and weapons research at the Fort Dix labs