Good news keep on coming for adventure fans as Rival Games has also informed us about its upcoming adventure title called The Detail. The Detail is said to be a classic 2D point-and-click adventure with a noir theme inspired by TV crime drama series like The Wire, an art style that borrows heavily from graphic novels like The Watchmen, and focused on deep, story-driven gameplay similar to Telltale Games’ The Walking Dead, where players’ choices carry consequences that alter the course of the narrative.

According to Rival Games, the story centers around a hard-nosed detective named Reggie Moore who has grown disillusioned with the bureaucratic system of justice, and a former police informant named Joseph Miller who is being dragged back into the life in order to clear the debt that looms over his past.

“The player will take control of each character in turn over the course of the game, using the personal characteristics of each to solve a series of crimes sweeping across a dark and embittered city. Our team of eleven developers is hard at work on the first episode at this moment, and is comprised of some of the best talent in Finland and from around the world, including professional writers and advisors ranging from the co-founder of Remedy Entertainment to a board member of the IGDA.”

Rival Games plans to release its game in episodic format on PC, Mac and Linux primarily, with tablets to follow sometime after. Each episode would be a self-contained story lasting two hours on average, but with plot elements which tie into the overarching plot of the season consisting of five episodes.

The company has also released two shots – as well as a teaser trailer – that can be viewed below. 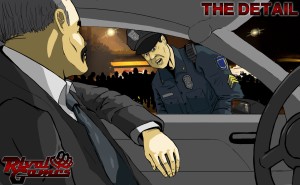 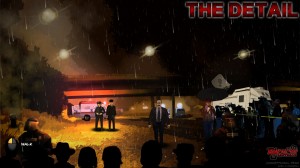