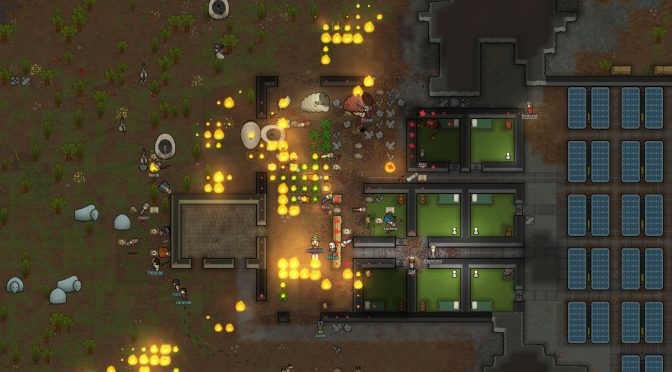 Ludeon Studios has announced that its sci-fi colony sim driven by an intelligent AI storyteller, RimWorld, has sold over one million units worldwide. RimWorld is described as a story generator and it’s designed to co-author tragic, twisted, and triumphant stories about imprisoned pirates, desperate colonists, starvation and survival.

The game’s structure works by controlling the “random” events that the world throws at you. Every thunderstorm, pirate raid, and traveling salesman is a card dealt into your story by the AI Storyteller. As such, there are several storytellers to choose from.

RimWorld is currently available on Steam Early Access and this version is fully playable, low in bugs and balanced.

Below you can find a trailer that will give you an idea of what RimWorld is all about.

RimWorld Beta 18 - A World of Story