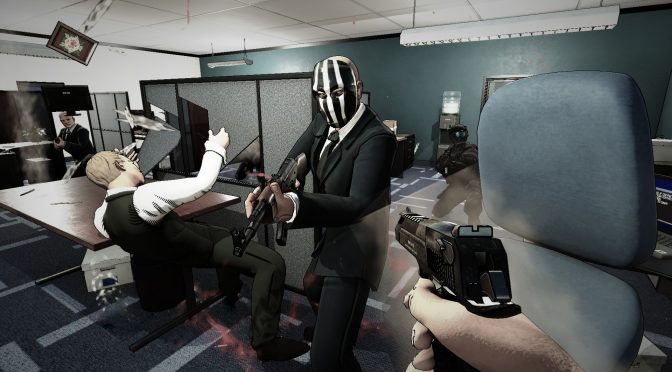 Ground Shatter and Rising Star Games have released a brand new action movie first-person shooter on Steam, called RICO. In RICO, players take the role of a loose cannon police detective and face off against criminal gangs in procedurally-generated levels.

As its description reads on Steam.

“As a part of the RICO task force, your mission is clear: get in, take down the criminals and get out again. Sounds easy, but it’s not – procedurally-generated cases mean you’ll never know who or what’s waiting for you. Pick your load-out, then use the element of surprise to get a tactical edge over the enemy. Unlock new weapons, mission types and traits, or dive into Daily Play and see how high you can climb the cop rankings”

The game’s developer had also this to say.

“Although arcade in nature, RICO is still a first-person game where you shoot bad guys. Lots of bad guys. Sometimes square in the face. And there’s blood! A fair amount of blood. So, please be aware of that before introducing your friends, family and loved ones to the world of RICO. Because guns don’t kill virtual criminals – virtual police people do.”

RICO looks kind of cool and currently has Mostly Positive Reviews on Steam. Below you can also find a trailer for it.

Kudos to our reader ‘Metal Messiah’ for bringing this to our attention!