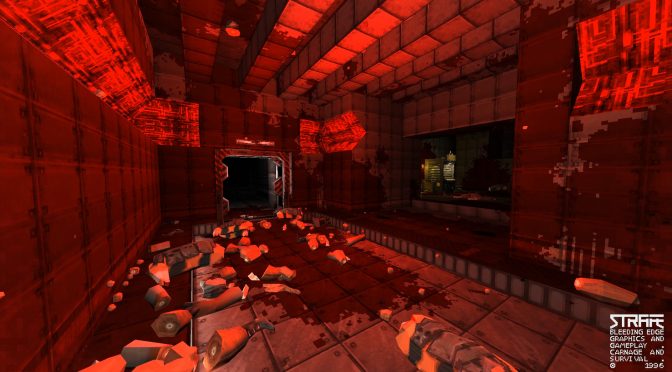 A couple of days ago, Devolver released retro shooter, STRAFE, and Pixel Titans has already released the first patch for its title. While this patch does not address the performance issues that have been reported by its fanbase, it increases the range of FOV.

In addition, this update increases health in first zone, halves the fall damage, raises and lowers the extremes on mouse sensitivity, improves reliability for some minor secret activations, and fixes a number of issues.