Respawn co-founder Vince Zampella has just confirmed that TitanFall’s beta phase will be coming prior to the game’s release and will be available on both Xbox One and the PC. Although Zampella has not revealed more information, he hinted at more details that will be coming in the next days. 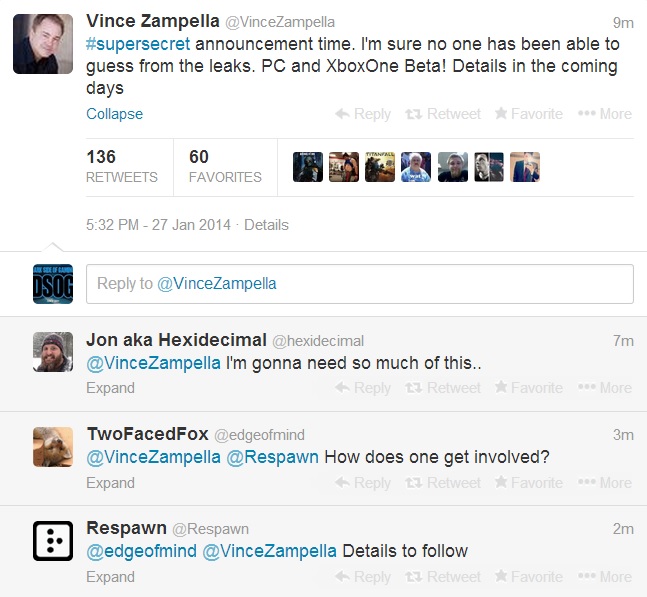 According to earlier leaks, TitanFall’s beta will launch on February 14th and will last until February 19th.