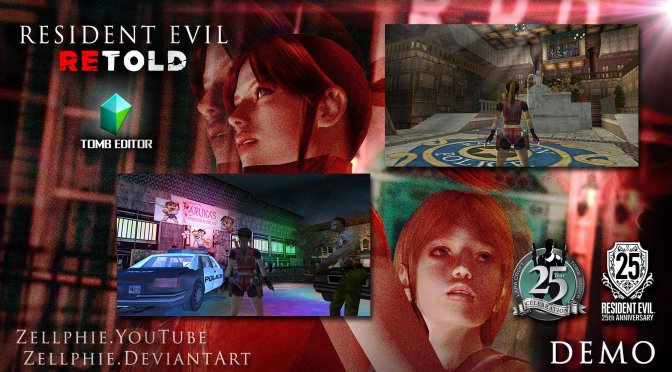 Tomb Raider modder ‘Zellphie’ has created a fan remake of Resident Evil 2 in Tomb Raider: The Last Revelation’s Engine. According to the modder, Resident Evil Retold is more of a re-imagination than a remake, and there is a demo you can download for it.

Resident Evil REtold features some puzzles and enemies to shoot, as well as some of the game’s iconic locations. Furthermore, this fan game uses a third-person perspective and Claire moves like Lara Croft.

Zellphie worked on this fan game for over one year, and you can download it from here. There is currently no word on whether this fan game will expand/evolve into something bigger than this demo.