As SuperData noted, the worldwide digital video games market grew 17% year-over-year in December. The Social and Pay-to-Play segments shrank 4% and 10%, respectively, whereas the Premium PC segment saw the greatest growth this month, up 28%. Furthermore, the mobile and Free-to-play segments continue to grow, 27% and 3%, respectively.

What’s also interesting is that Fortnite Battle Royale earned $89 million in December. As SuperData noted, there is a close-to-even audience split on PC and consoles, meaning that there are more gamers playing on the PC than on Xbox One or PS4.

Last but not least, here are the top 10 games by platform for December 2017. 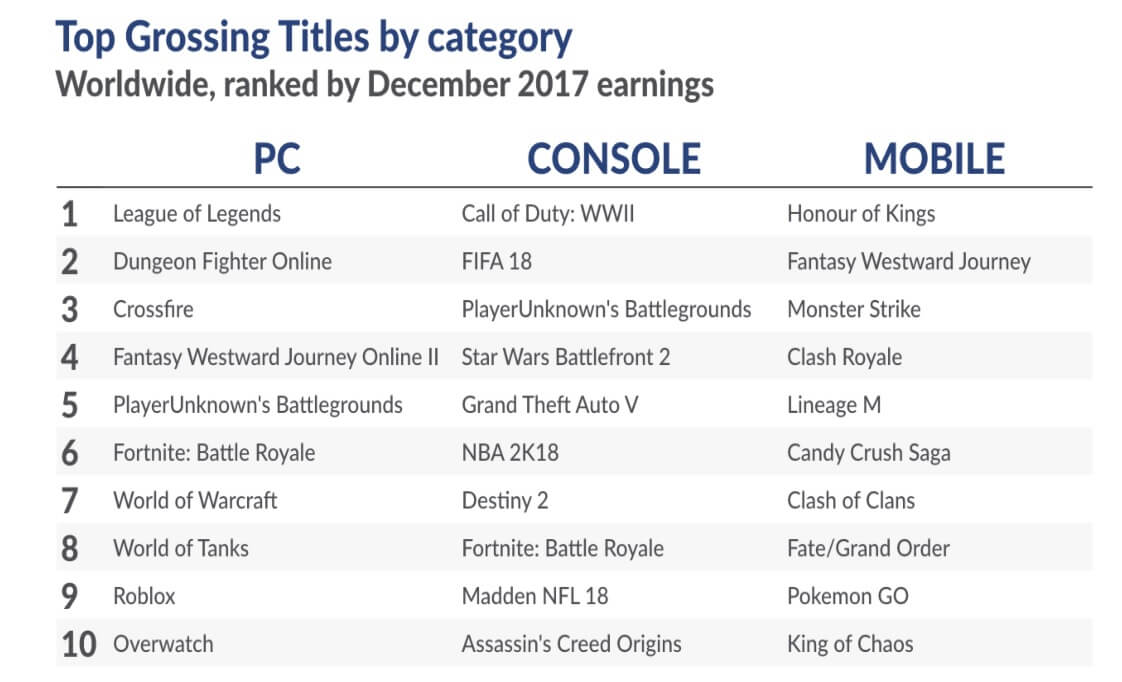