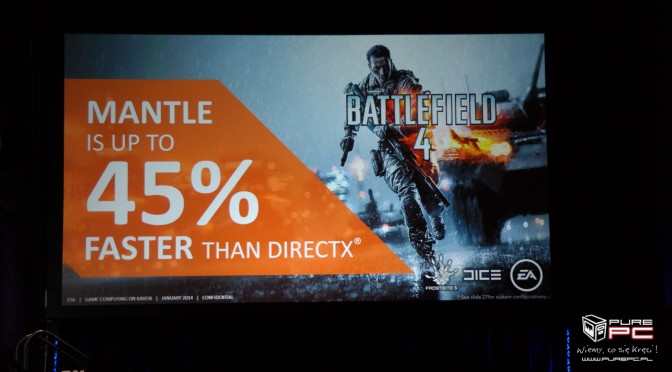 Now that’s more like it. PurePC has leaked some slides from an AMD presentation in which the red team claimed tha Mantle is 45% faster than DirectX. As AMD revealed, the Oxide demo ran with 10fps on an A8-7600 APU in DirectX mode.

The very same demo with the very same setup ran this tech demo with 30fps via the Mantle API. This is clearly mind-blowing, and remains to be seen whether we’ll see a similar performance boost on Battlefield 4.

Mantle will be supported by THIEF – a game that is scheduled for a February release. Battlefield 4’s Mantle patch is said to go live this month, though no ETA has been specified as of yet.

Enjoy, and kudos to WCCFTech for spotting it! 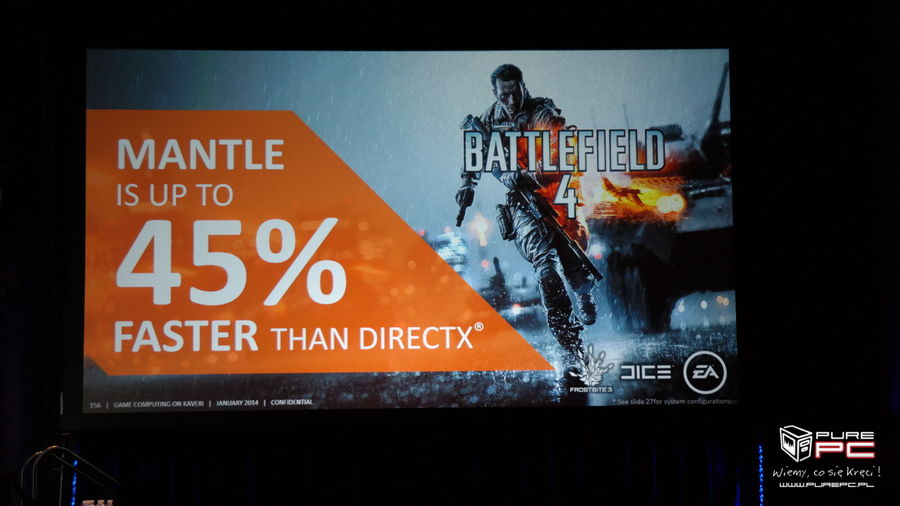 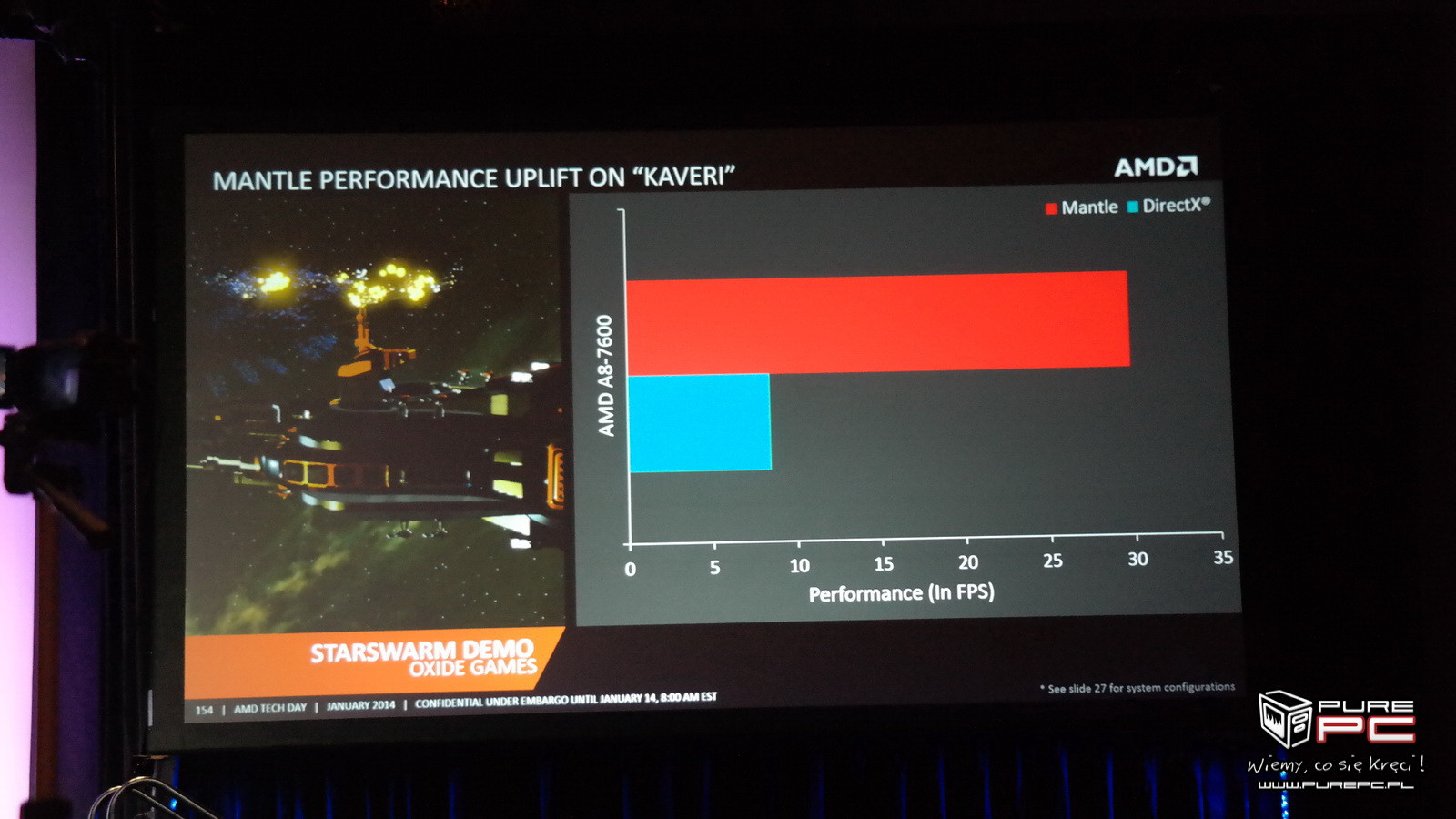 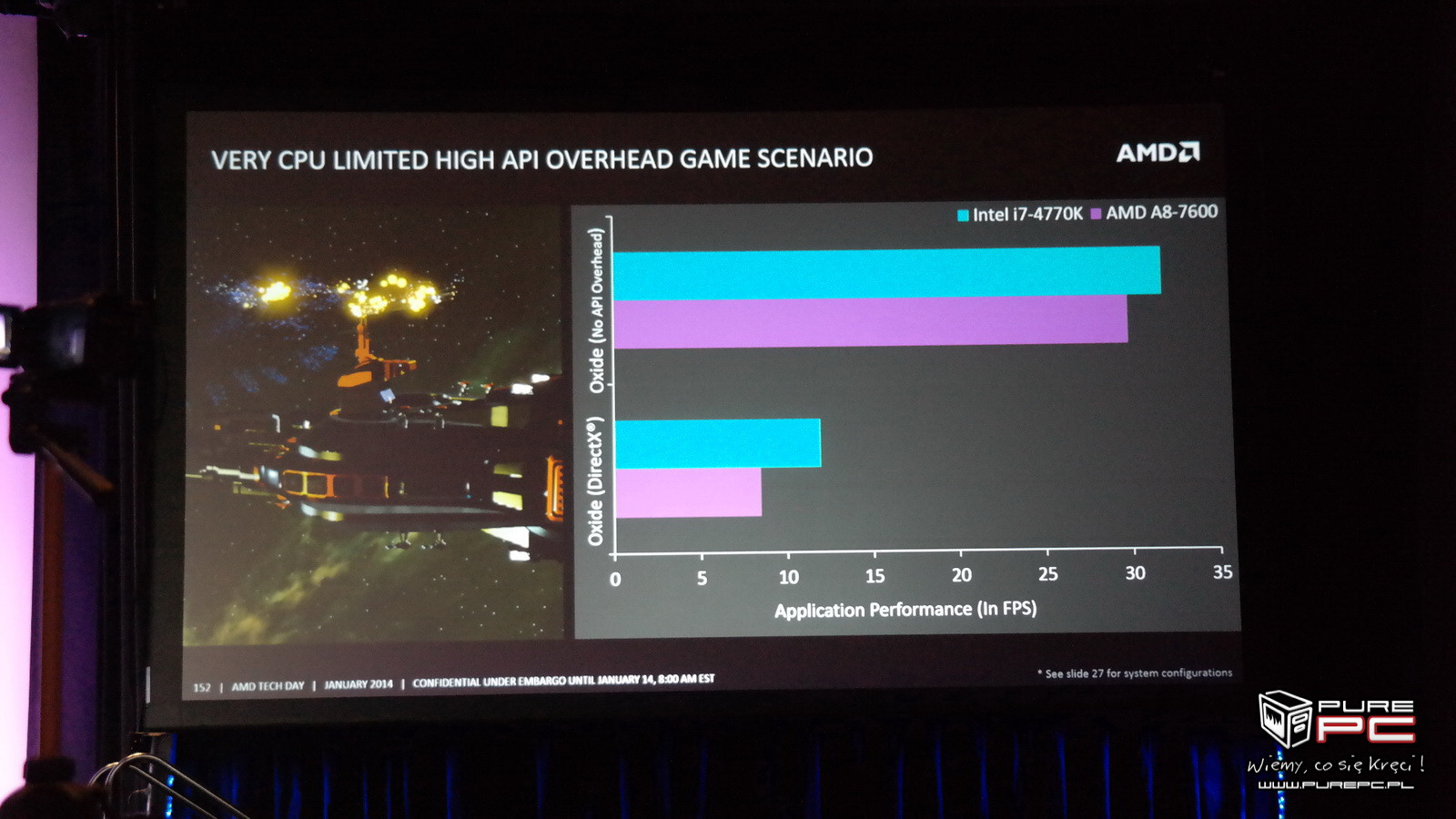 During its CES 2014 press conference, AMD revealed that Mantle will be implemented in 3 gaming engines. This new API will be supported by 5 major game developers with more than 20 games in development. In addition, the red team showcased Battlefield 4 running with Mantle and claimed that the game was running 45% faster than its DirectX counterpart.

Battlefield 4 ran with 100fps on Mantle, though we don’t know the CPU+GPU combo that has been used or the graphical details that were chosen for that demonstration. 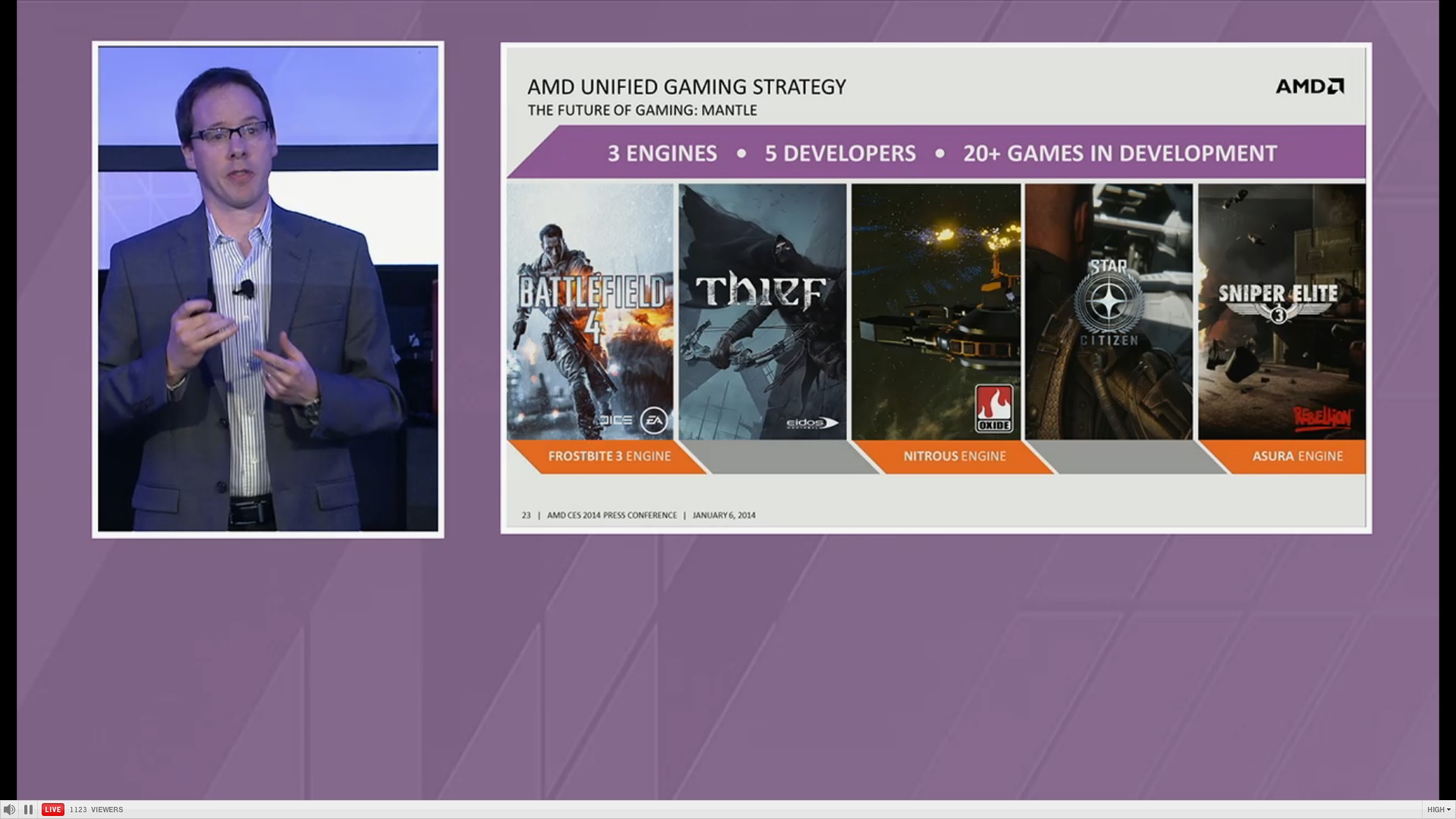