You’ve trained. You’ve powered up. You’ve exceeded your limits.
And thanks to you, #DragonBall FighterZ has sold over 5 MILLION units. We are truly humbled by your continued support! pic.twitter.com/wRhY65i90C

It’s also worth noting that the PC version works as a charm. As we’ve reported on our PC Performance Analysis, the game runs smoothly on a variety of PC system configurations.

Dragon Ball FighterZ maximizes high-end anime graphics and brings easy to learn but difficult to master fighting gameplay. This fighting game is one of the best visually DBZ games to date. Furthermore, Arc System Works has respected the game’s lore, and added numerous iconic moments to it.

Unfortunately, Bandai Namco has not revealed any specific platform sales for Dragon Ball FighterZ. As such, we don’t know how profitable its PC version was. According to Steamspy, there are between 500K and 1 million PC gamers. 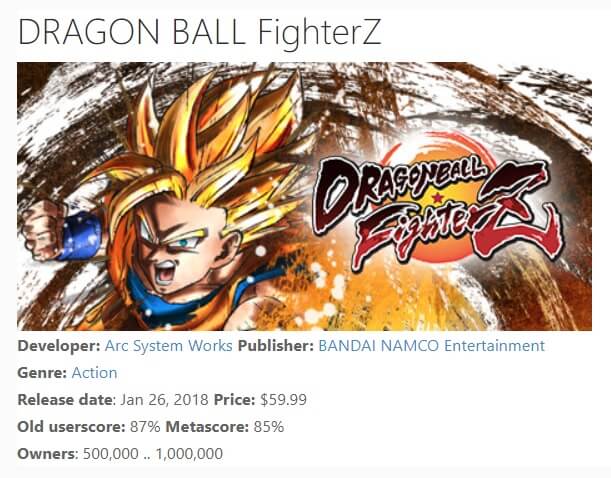 Bandai Namco has not revealed any new sales figures for its other Dragonball game, Dragon Ball Z Kakarot. Back in March 2020, the publisher claimed that this game had sold two million units worldwide.