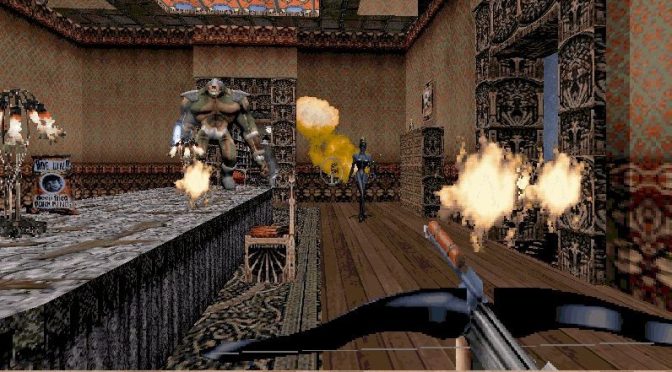 M210, the creator of the amazing Java port for Blood, has released a new Java port for another Build game, Redneck Rampage. Now I’m pretty sure that some of you will say <<But hey, isn’t Redneck Rampage available on GOG?>>. Well yeah, however this Java port features a number of improvements that are not present in that collection.

According to its description, RedneckGDX adds support for widescreen resolutions, comes with better mouse support, packs an OpenGL renderer, supports voxels and comes with other various features/improvements.

In order to benefit from all these improvements, you’ll have to download RedneckGDX from its official website, and extract it in the main Redneck Rampage game folder. The required files to run RedneckGDX are REDNECK.GRP, LOOKUP.DAT, PALETTE.DAT and TABLES.DAT.

Redneck Rampage originally came out in 1997, during the golden first-person era. During that period we got some truly amazing first-person games like Duke Nukem 3D, Shadow Warrior, Blood and PowerSlave.