Electronic Arts announced today that Real Racing 3 is now available for the iPhone, iPad, iPod touch, Google Play and Amazon Appstore. Developed by the EA Firemonkeys studio, the game delivers the most exhilarating handheld racing experience and features 46 licensed vehicles covering three classes, a 22 car grid across real world tracks, eight varied event types and over 900 events. Real Racing 3 is available as a free download--a first for the critically-acclaimed franchise--and was designed and developed from the ground up as a free-to-play experience.

Real Racing 3 features hundreds of hours of gameplay, making it one of the most robust mobile games available to date. All of the game’s content is available for free without players needing to pay to progress. In-game monetization will enable players to accelerate their experience and speed up car servicing and upgrade wait times by spending virtual currency, which can either be purchased or earned through racing events, levelling-up, obtaining trophies and competing with friends.

“With Real Racing 3’s console-quality graphics, realistic gameplay and unparalleled depth of content, the Real Racing franchise is once again raising the bar for mobile games. By developing Real Racing 3 to be a freemium title, we’ve removed the barrier of entry, thereby expanding the game’s audience and making it easier to find multiplayer opponents, as well as giving players the freedom to enjoy the game when and how they want.”

The ability to play against friends whenever and wherever is key to one of Real Racing 3’s new features, Time Shifted Multiplayer (TSM). This new mode of competitive multiplayer allows players to race against their friends, even if they have different devices or if they’re offline.

“Real Racing 3 is the best in the series, sporting some of the most advanced multiplayer technology in the industry today. Time Shifted Multiplayer adapts everyone’s racing styles to competing cars on the track using leaderboards and previous times to emulate how they’d drive those courses. Now everyone will be able to battle against each other for bragging rights on the track anytime, anywhere in a more realistic manner.” 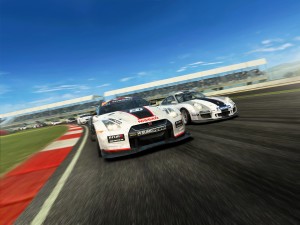 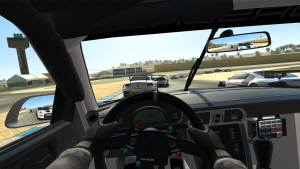 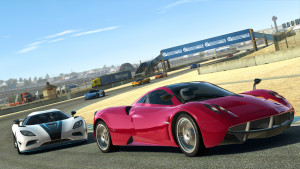 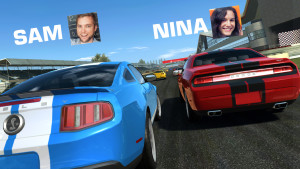 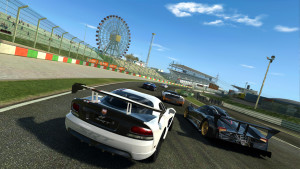