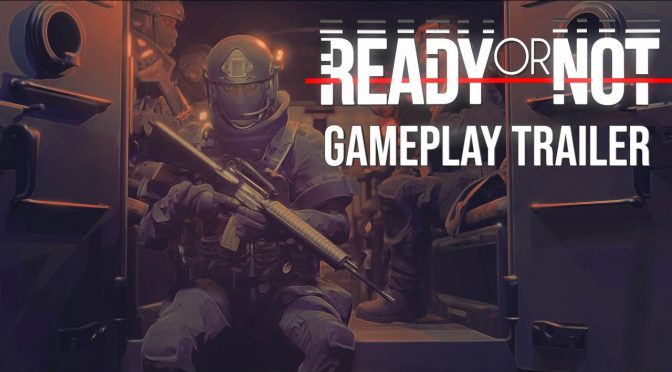 VOID Interactive has released the first gameplay trailer for Ready or Not. Ready or Not is a realistic tactical first person shooter, set against a backdrop of political and eonomic instability in the US. Players will be placed in the boots of Judge, an elite SWAT commander being tasked with defusing tense, hostile situations in a morally bankrupt city.

Among other things, the game will model ballistic penetration, ricochet, kevlar and plate dynamics, as well as projectile expansion and momentum for further realism.

In Ready or Not, players will explore a deep and involved weapon handling and play maneuvering system that is geared towards providing officers with an unprecedented level of control over their situational effectiveness. The game will also utilize a simple and organic control scheme.

Players will be able to organize an approach and strategize through floor plans and mission briefs and then execute the mission in real-time. Players can also decide to deploy with items such as ballistic shields, door rams, tactical ladders and much more. The SWAT units can also choose to enlist personnel to assist with the situation, including sniper teams and negotiators.

VOID Interactive plans to release the full game in Q4 2020.

Enjoy the following gameplay trailer and kudos to our reader ‘eaze2009’ for bringing this to our attention!

Ready or Not [Gameplay || Preorder Trailer]