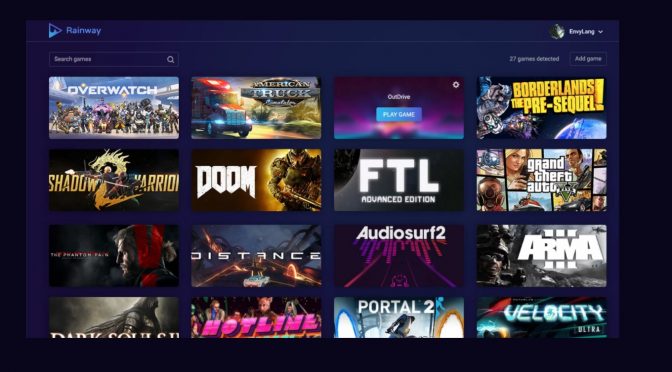 Rainway is a new application that will allow PC gamers to stream their games on portable consoles and smartphones. Its development team has been working on this app for quite some time and has announced that an open beta phase will begin on January 20th.

Rainway will work on all modern hardware, meaning that Intel, AMD, and Nvidia are all supported out of the box. Gamers can play via the browser or via our many native applications.

Rainway also promises to allow 60FPS streams with super low-latency gameplay. Not only that, but gamers will be also able to control the frame rate, resolution and bit rate of your stream. Hell, they can even upscale and downscale any game.

What’s even cooler here is that Rainway will always be completely free to use with no hidden cost. Players can stream all their games, whenever they want, wherever they are, for as long as they want.

Below you can find a trailer for this new app. It sounds interesting, no doubt about that, however we’ll have to wait and see whether its streaming capabilities will be as good as advertised.